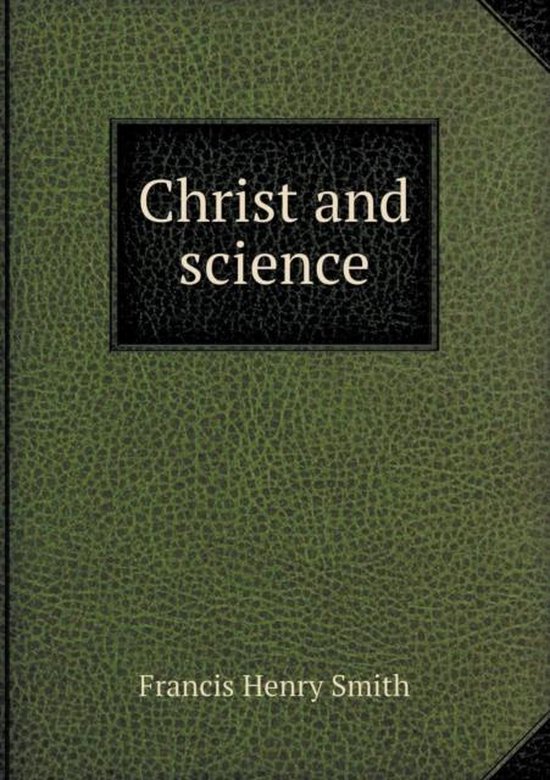 It is a statement often made in the pulpit and elsewhere that the Bible is not, and was never intended to be, a manual of scientific instruction. In this volume of lectures delivered before Vanderbilt University in 1906, Professor Smith sets out to prove that the opposite is the case, or at least that in the Bible are to be found revelations of scientific truths, some of which are only just beginning to be recognized. His position is that the Universe and the Bible being equally of divine origin, there can be no contradiction between them, and that each may be reasonably expected to shed light upon the other. In support of this idea he finds in the Old Testament revelations of the three great scientific generalizations—the Conservation of Matter, the Conservation of Energy, and the Continuity of Life—and maintains that the Christian ideals of the New Testament, viz., humility, simplicity, love of truth, and faith, are identical with the ideals which science holds up to her votaries. The biblical account of Creation is, he believes, coming, and will yet come more and more to be recognized as in harmony with the teachings of science. ''If this be so, this Scripture is living truth to us, filled with a wisdom which was four thousand years in advance of the time when it was written.'' Again, in Phil. ii. 12, 13, he finds contained ''by direct expression and by implication the four fundamental laws of energy—the very vitals of modern physics.'' ''How wonderful that the most precious truths of recent science should be found concealed in a sentence written more than eighteen hundred years ago.'' Even if it were all true, one fails to see what good would be done by revelations which can only be recognized as such when the truths they are supposed to reveal have been discovered by other means. There is an interesting lecture on ''Christ's Love of Nature,'' and another on ''Christ the Model for the Teacher of Science,'' in which the author pleads that we should ''reverently study the Master's college methods.'' It may perhaps be worthwhile to point out to the author that it is not usual to speak of the Holy Spirit as the Second Person of the Trinity. The book does not follow conventional lines, and is well worth reading, even if we disagree with much that it contains.