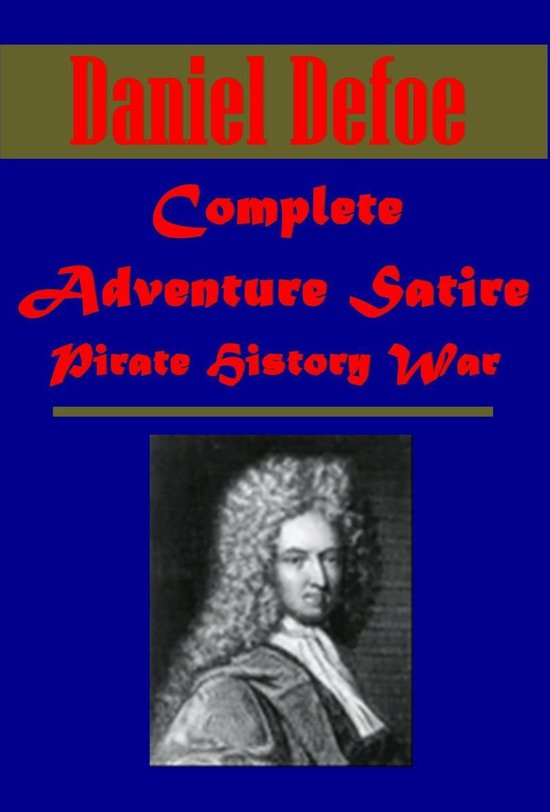 An English trader, writer, journalist, pamphleteer and spy, now most famous for his novel Robinson Crusoe.

Of Captain Mission and His Crew-
In much the same manner and at the same time that John Gay was satirizing Walpole's government in The Beggar's Opera, Defoe began to use his pirates as a commentary on the injustice and hypocrisy of contemporary English society. Among Defoe's gallery of pirates are Captain White, who refused to rob from women and children; Captain Bellamy, the proletarian revolutionist; and captain North, whose sense of justice and honesty was a rebuke to the corruption of government under Walpole. But the fictional Captain Misson, the founder of a communist utopia, is by far the most original of these creations.

Robinson Crusoe-
This is a fictional autobiography of a castaway who spends 28 years on a remote tropical island near Venezuela.

The Life, Adventures and Piracies of the Famous Captain Singleton by Daniel Defoe (1720)
The narrative describes the life of an Englishman, stolen from a well-to-do family as a child and raised by Gypsies who eventually makes his way to sea.One half of the book concerns Singleton's crossing of Africa and the later half concerns his life as a pirate in the Indian Ocean and Arabian Sea. Defoe's description of piracy focuses for the most part on matters of economics and logistics, making it an intriguing if not particularly gripping read. Singleton's pirate behaves more like a merchant adventurer, perhaps Defoe's comment on the mercantilism of his day.