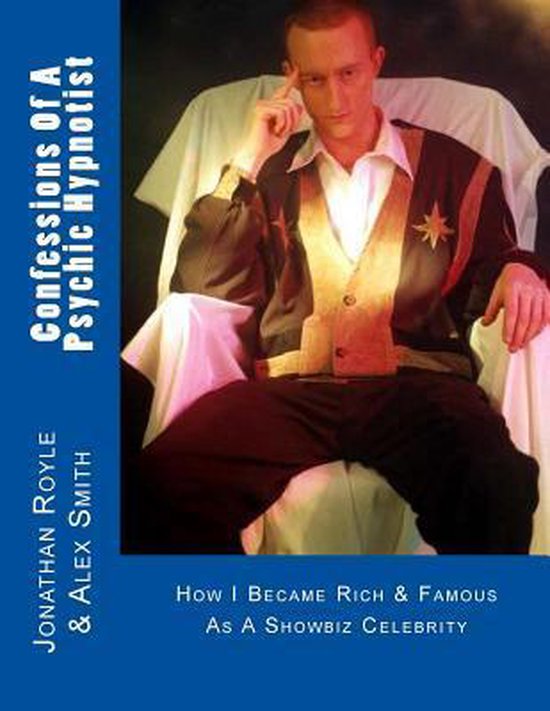 Born Plain Alex William Smith on the 13th August 1975 into a Showbiz Family whilst Traveling on Gandeys Circus, Royle made his stage debut aged 3 and a bit as Flap The Clown and has never looked back since.This often Shocking, Controversial, Eye Opening and Hugely Entertaining Emotional Roller Coaster Ride of an Autobiography examines Royles first 30 years of Personal Life And Career Success.You'll discover the truth behind all the rumors, lies and back stabbing on the internet about him, and also brutally honest confessions about his past Alcohol, Drug and Sexual Addictions.Conquering these and many other issues in his early childhood has enabled Royle to become without doubt the Worlds Leading Hypnosis Trainer with his own Unique creation of Complete Mind Therapy.Discover how in his former stage name of Alex-Leroy he appeared in literally 100's of TV, Radio, Newspaper and Magazine Features about his Hypnotic Talents, both for Comedy Stage Hypnosis Shows and also his own Unique approach to NLP Hypnotherapy.Discover how he along the way managed to expose some of the Illegal tactics used by the now defunct "News of The World" and also read with amazement as he lifts the lid on dodgy journalists and their fabricated media stories.He also details how his unique talents of Psychic Belly Button Reading and Dogs Paw Reading (Pawology) have enabled him to make often stunningly accurate predictions for some of the Worlds Most Famous A-List Celebrities.Become wiser as you read the step by step secrets to how he was able to film his own One Hour "Erotic Hypnotics" TV Show for German RTL back in 1994 and some years later was also engaged to film a Six Part European Television Series.Indeed within the pages of this book you will also find links (at no extra charge) enabling you to watch Royles Six Part European TV Series and videos of various Live Shows, along with examples of his Unique Style of Live Hypnosis Training. Not only is this a truly entertaining read, but also for the student of Journalism and/or performers and Therapists wishing to learn how to harness the power of the media and manipulate the media to obtain massive publicity for your business, then this is the book for you.And most certainly anyone considering taking any form of NLP, Hypnotherapy and/or Stage or Street Hypnosis Course owes it to themselves to read the contents of this book BEFORE they spend so much as a single penny with anyone, anywhere in the world for any form of live course, seminar or indeed even home study products or DVDs.Discover The Real Truth About Royle and see what Respected Medical GP's, Plastic Surgeons, Nurses, Dentists and other leading Medical Professionals really think about his unique approach to Mind Therapy.You'll also no doubt be surprised to find out what many of the biggest and most respected names in the NLP, Hypnotherapy and Stage Hypnosis Industries actually truly think about Royles Work.And from a Personal Life Point of view, you'll be close to tears as you learn of the bullying he suffered as a child which led him to attempt suicide, his often rocky and unpredictable relationships, the shocking sexual encounters and exploits and of course how he quite literally was split seconds from death when he attempted to break a world record for Underwater Escapology.With his Time and Experiences travelling the world as a Magician, Stage Hypnotist, Juggler, Fortune Teller, Fire Eater, Balloon Modeller, Comedian and Mind Reader amongst other areas of Showbiz he has worked in, Royle has a unique background and skillset to bring to the table, which no other Hypnosis trainer on the planet can rival.And thats one of the many reasons, all of which you will discover inside the pages of this book, why Royle is the only truly intelligent choice of trainer when you are looking to either learn NLP, Hypnotherapy, Stage/Street Hypnosis and/or to expand the success of your existing practice.
Toon meer Toon minder