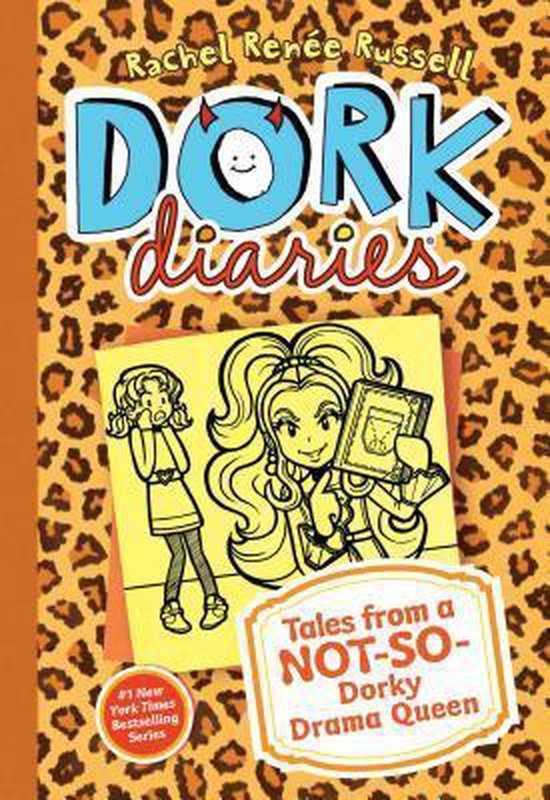 Nikki Maxwell's worst nightmare comes true in the book of nine of the # 1 New York Times bestselling Dork Diaries series!
A certain member of the CCP girls Dork fans know everything has gotten her hands on Nikki's diary and decided to have some thoughts of her own share ... Find out what happens when Nikki's worst nightmare becomes reality. Welcome to Mackenzie's world !!

Review:
The Dork Diaries is one of the series I grew up. I really liked this book because it was really different from the other books. This book was told from the perspective of the antagonist and it was really interesting to see what they think. There are so many things I like about this book. I had no problem to have, and I never usually do.

The Dork Diaries is about a teenager named Nikki, who goes through all these different things while they are in school. Her enemy is the queen of the CCP (cute, cool and Popular) girl and her name is Mackenzie. Nikki has a huge love with a boy named Brandon and she has great friends called Chloe and Zoey. When Mackenzie found Nikki's diary, she decided to read it and personalize it in her diary. The whole story revolves around Mackenzie and how they live Nikki's actually sabotages and the reader is waiting for Nikki to find her diary.

Many people compare this series with the Diary of a Wimpy Kid, but I do not agree at all. Although the format of the book is similar to the agendas stories are different. Everybody says this is a girl version of Diary of a Wimpy Kid, but it is not. Greg and Nikki's life is a bit similar, but writing is super and everything else. I'm not sure I'm the only one who thinks so, but it does not matter. I only read these books for my own pleasure, so I did not really care about these things. I just want the book to be interesting and fun to read.

There were so many things that were easy to relate to in this book. For example, sister Nikki's is almost exactly like my younger sister. And friends of Nikki's been so nice to her and that's how most of my friends. Fortunately there are no CCP girls at my school and if there are, I have not met one. But even if I did, I doubt that we would be enemies.

Nicki, Chloe, Zoey, Brianna, Brandon and Nikki's father and mother are all great characters. Mackenzie is a mean person, but it's hard to believe they will not change, because people learn from their mistakes. But Mackenzie is one of those girls who never learns from its mistakes. The plot is so different than what I usually read Dork Diaries.

I read it in one sitting because it was fast. Me and two other friends loved the Dork Diaries, because reading it was really funny and nice. Once you start reading, you will not want to stop. I would recommend it to people who enjoy Diary-formatted books and those who want to laugh. I enjoyed it and I hope you too!
Toon meer Toon minder