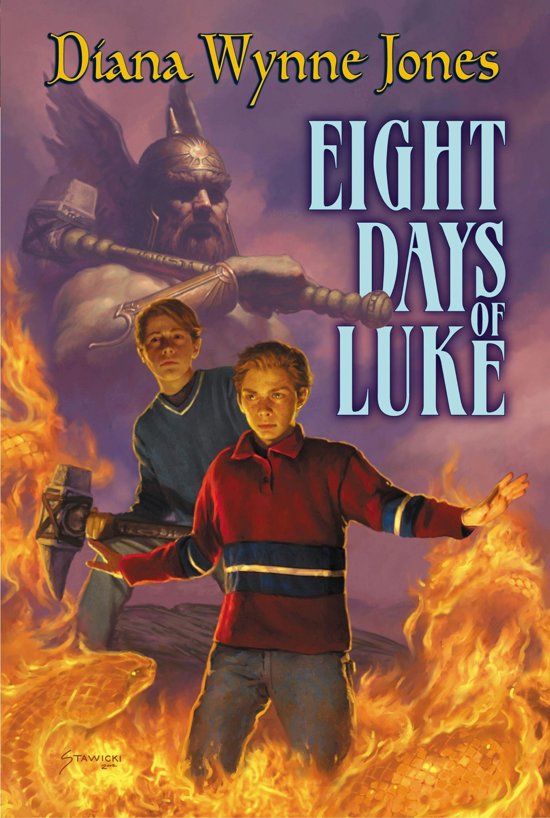 Diana Wynne Jones was the multiple award-winning author of many fantasy novels for children, teenagers, and adults. Her book  Howl's Moving Castle was made into an Academy Award-nominated major animated feature by Hayao Miyazaki. She received the World Fantasy Lifetime Achievement Award in 2007. Married to the medievalist J. A. Burrow, with whom she had three sons, she lived for many years in Bristol, the setting for many of her books. Diana Wynne Jones passed away in March 2011, after a long illness.
Alles van Diana Wynne Jones
Toon meer Toon minder


It's summer vacation, but David's miserably stuck with his unpleasant relatives. Then a strange boy named Luke turns up, charming and fun, joking that David has released him from a prison. Or is he joking? He certainly seems to have strange powers, and control over fire . . .


Luke has family problems of his own, and some very dark secrets. And when David agrees to a bargain with the mysterious Mr. Wedding, he finds himself in a dangerous hunt for a lost treasure, one that will determine Luke's fate!

...Her hallmarks include laugh-aloud humour, plenty of magic and imaginative array of alternate worlds. Yet, at the same time, a great seriousness is present in all of her novels, a sense of urgency that links Jones's most outrageous plots to her readers' hopes and fears... Publishers Weekly