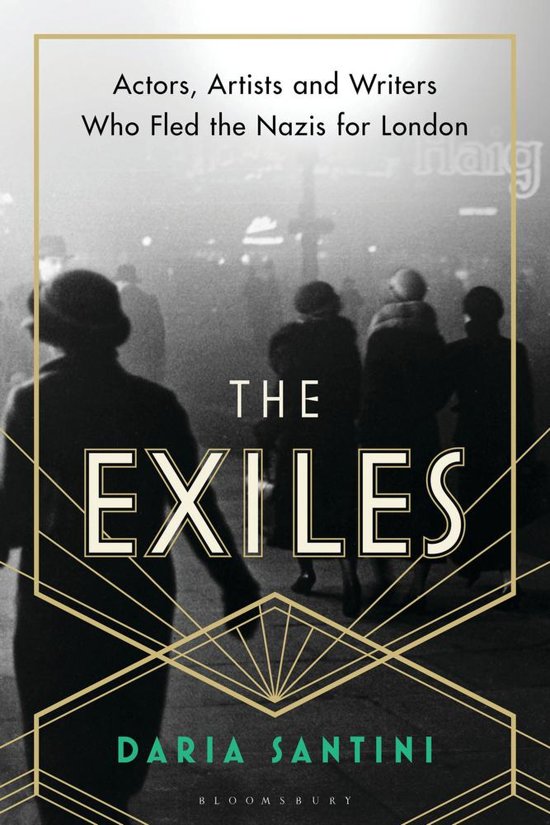 London, 1934. Austrian actress Elisabeth Bergner dominated the British theatre scene, poet and director Berthold Viertel shot two successful films for Gaumont British; two great actors from the Weimar era, Conrad Veidt and Fritz Kortner, became well-known faces in English-speaking cinema and the Hungarian journalist Stefan Lorant launched the first ever continental-style illustrated magazine for the British newspaper market. Exploring a phase in the history of Anglo-German relations during which the emigres from Hitler's Germany were making their influence felt in Britain, Daria Santini traces their presence in London from around 1933 to 1935 when these characters made their presence truly felt, all while the Nazi threat loomed on the horizon.

Vivid studies of a remarkable group of people who fled from nazism, giving new perspectives on London in the 1930s through their eyes and reminding us of their exceptional, lasting, contributions to British culture. * Professor Pat Thane, King's College, London * A well-researched and beautifully written history of Nazi exiles in 1930s London. Daria Santini, a fresh voice in the history of London, has created sensitive and nuanced portraits of exiled artists that reveal their lasting contributions to English cultural life. * Amy Helen Bell, author of London Was Ours (2011) * What an ingenious idea to take the chronology of one year (1934) to show the arrival of Exiles from Nazi Germany and unfold what will remain a cornerstone of a future cultural history of German emigration in the 1930s. Daria Santini's investigations into the calamities of exile make indispensable and compelling reading. * Professor Rudiger Goerner, Director of the Centre for Anglo-German Cultural Relations, Queen Mary University of London *
Toon meer Toon minder