Faces of The Tsunami 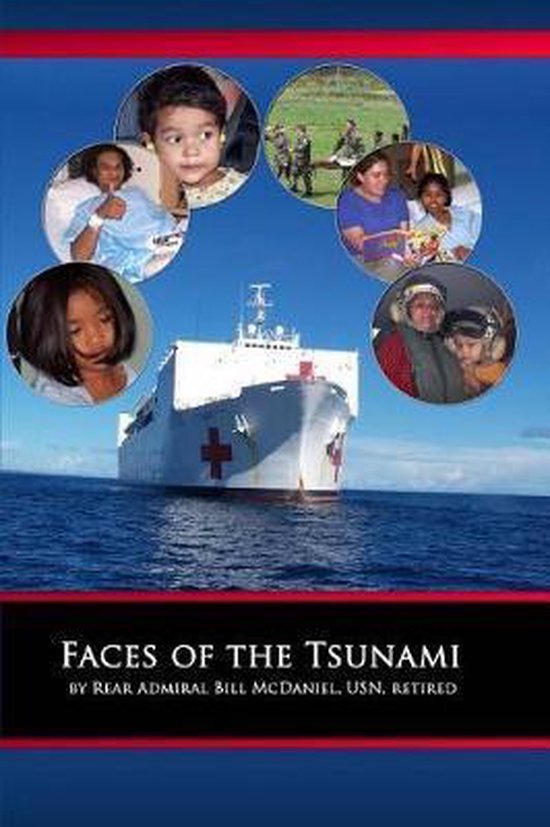 This book is about more than the United States’ response to the most devastating tsunami in modern times, one that took in excess of 250,000 lives. I started writing the book to document all the steps that must be taken to effect a successful response to a disaster of this magnitude, and did so, complete with all the roadblocks that are erected at every phase of our effort. Most of these roadblocks are erected by…us. However, we always seem to come through. More importantly in this case is the documentation of the incredible people we had the privilege of providing care for, the Indonesians. We were all totally unprepared for the quiet courage we witnessed, the devoutness, the love for each other and for us, the acceptance of whatever the results might be of their treatment, and the simple goodness of these people. They humbled us every day. I suspect we cried far more than they did; for, as one of them told me, “We are a strong people, and life must go on.” This was the first large scale collaborative effort combining the efforts of our Navy personnel in partnership with a large civilian medical population, mostly from Project Hope. These were private doctors, nurses, social workers, and dentists from around the country who dropped everything to aid those so severely stricken in Indonesia. No one was sure how this would work; after all, the “Chain of Command” in the civilian community is a far different animal from that of the military, where we all understand from the get-go who is in charge of who. How was this going to work with civilians? How do you handle discipline problems? You can’t court martial them, and keel hauling is frowned upon in these modern times. All these things had to be worked out, but actually were never a problem. What this effort demonstrated was that we all can work extremely well together once we start doing what we are all trained to do: treat people and save lives. That transcends almost all problems.Other problems we faced were ones we did not anticipate. The military is basically trained to do this disaster response duty as part of our daily life. We all look forward to it, knowing that not only we are helping others, but that in the end we will feel great about ourselves as well. But, the bottom line here is that we train for this, anticipate this, and generally roll with the punches and deal with the consequences because of our training and repeated exposure.The civilian doctors and nurses generally had never trained for something on this scope. Medically, sure. Injuries and disease are approached, diagnosed, and treated somewhat the same regardless of when and where they occur. But the overwhelming emotional impact of treating these incredible people, the feeling that we were somehow going further than we could ever dream we could go in our empathy and treatment was brand new to most of the civilians involved. We were all affected deeply. We all cried more than we had ever cried. We all still remember the patients so well it could have happened yesterday. However, again, the military had done this in most cases several times before, and while we were deeply affected, usually realized that this was our job; this is what we trained to do, so did so. I have talked to many of the civilians who worked alongside us in this effort; a number of them were so deeply touched by the totality of the experience that they quit their civilian jobs and went to work for various NGO’s (non-governmental agencies) that do responses like this in ever disaster world-wide. I think many of the civilians will look back on this experience as the highlight of their professional lives. I know they will. And, I’ll tell you something. Those of us who were and are military will look back on this grand collaboration with our civilian colleagues as one of the highlights of our lives as well!
Toon meer Toon minder