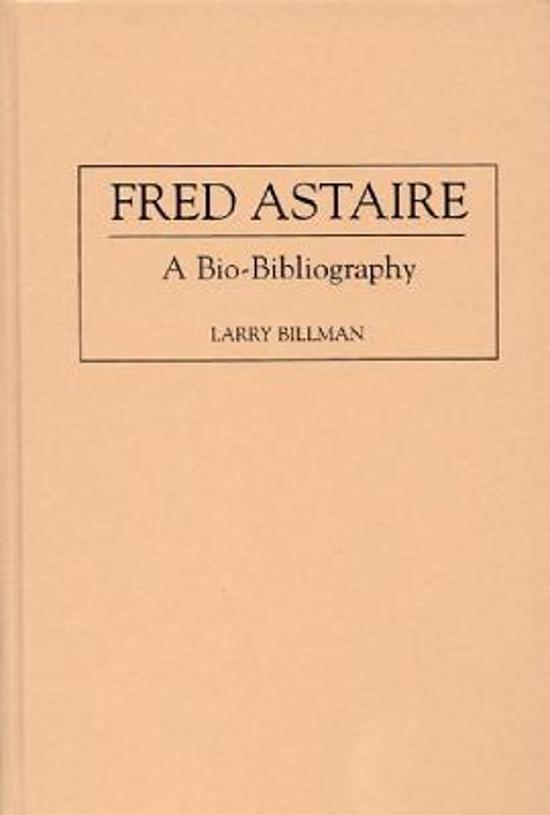 One of the most dynamic figures of the entertainment industry, Fred Astaire's career spanned most of the twentieth century. For some, he brings to mind the world of Broadway. For others, he represents the golden age of the movie musical, particularly because of his eleven-film collaboration with Ginger Rogers. Virtually all of his fans will long remember his effortlessly graceful dance routines. International dance giants have credited his work with inspiring their careers and giving them a model of excellence. His innovations as a choreographer, dance director, and creator of musical sequences forever changed the presentation of dance on film. Though he was always in the public spotlight, he treasured his family and cherished his privacy. For a star of such stature, he was remarkably free from scandal. This reference book is a complete guide to his life and career. The volume begins with a biography that traces his life from his birth in Omaha in 1899, to his professional debut in 1905, to his Broadway and Hollywood careers, to his death in 1987. A chronology then highlights the chief events of his life. The chapters that follow provide detailed information for his work on stage, film, radio, and television. Each chapter includes entries for individual performances, with entries providing cast and credit information, plot synopses, critical commentary, and excerpts from reviews. The volume also lists his recordings, unfulfilled projects, and other information. An extensive annotated bibliography concludes the work.
Toon meer Toon minder