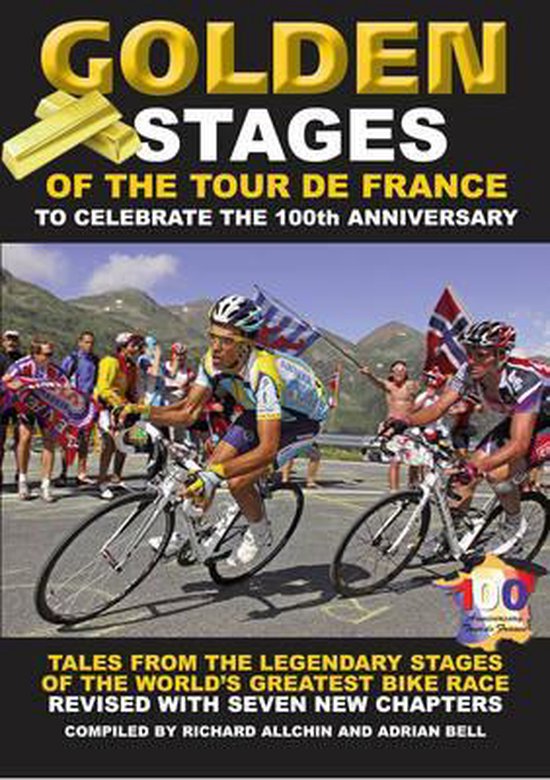 The Tour de France began as a newspaper publicity stunt designed to do down a rival sports paper: a circumnavigation of the whole country in six colossal stages would make it the longest, hardest, most heroic cycle-race possible, and thereby seize the public's imagination. The organisers of that first Tour in 1903 could scarcely have foreseen just how fervently the race would grip the nation, still less that they were establishing what was to become the world's greatest - and certainly, toughest - annual sporting event. Every July since 1903, interrupted only by world wars, the finest cyclists have assembled to ride the 2,500 miles of La Grande Boucle. Simply to complete a Tour de France is the ambition of every professional cyclist - and to wear the legendary yellow jersey, if only for a day, is a special honour. Golden Stages, first published in 2003 to celebrate the centenary of the Tour, is now republished, with eight additional chapters, to coincide with the 100th Tour. Each writer has selected and told the story of a particular Stage to examine what it is that makes the Tour such a majestic and moving event, beginning with the first stage of the first Tour in 1903, and ending with that stage in 2012 when Bradley Wiggins effectively secured the first overall win by a British rider. Their accounts show how much has changed in the 100 years - the bicycles, the roads, tactics and organisation. But they also show what has not changed - the extravagant scale of the race, the mystique of the maillot jaune, and the courage of all who compete. Those things have remained the same, and they are vividly portrayed here. This second edition does not ignore the dark period the Tour has gone through in the years since 2003; these are addressed in the new Introduction.
Toon meer Toon minder