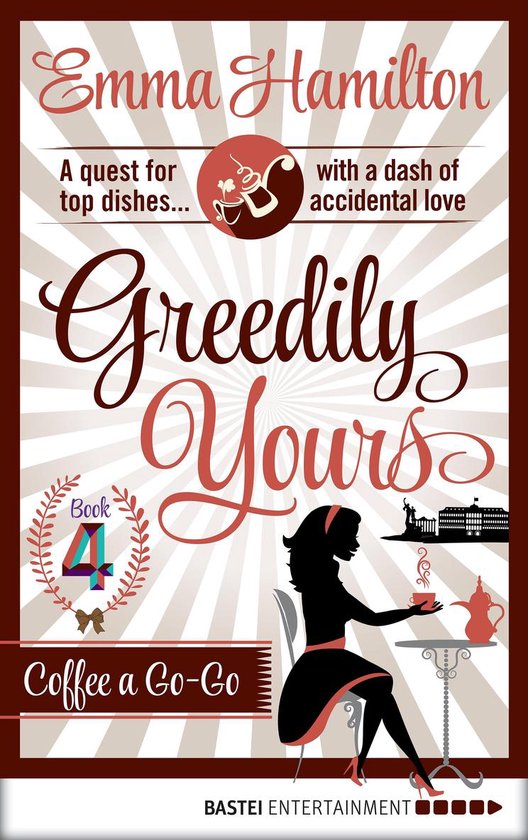 Episode 4 of 8: Mia Maxwell gets the break she's been hoping for - the chance to publish a book from her blog. She sets off excitedly on a culinary voyage of discovery to Ethiopia and Lebanon. From ancient grains to coffee ceremonies, will she learn enough about life and love to create her own recipe for love? -- Greedily Yours is a serial novel about the quest for top dishes ... with a dash of accidental love. -- Mia Maxwell loves food. She loves it so much that she's made it her career. On the surface Mia seems to have it all sewn up. She lives in trendy east London with her best friend. By day she runs her own food PR consultancy, and by night she's a food blogger enjoying a burgeoning audience. Mia has a banker boyfriend who enjoys travelling the world, enabling her to taste the globe's culinary delights. But Mia is still hungry and, when she heads down to Cornwall to run a food festival, she doesn't realize that her entire life is about to be cast adrift. -- For fans of Sophie Kinsella, Trisha Ashley, and Polly Williams. -- Emma Hamilton is the pen name for a journalist and writer who loves food; She was a staff producer and then freelance reporter for the BBC, CBC, and Deutsche Welle. Emma has written for a number of magazines and newspapers, including The Guardian, BBC Magazines, The Mail on Sunday, Four Four Two and Italy Magazine. She has worked on many series and documentaries, including one about food and culture around the world. Emma spent six years reporting from Italy and has made radio programmes in many other countries including Lebanon, Ethiopia, the USA, France, Germany, Russia, and Cameroon. When she's not cooking, reading about food or eating it, she splits her time between presenting, producing and writing. She loves yoga, running, gardening and chilling out with her husband, friends and family at home.