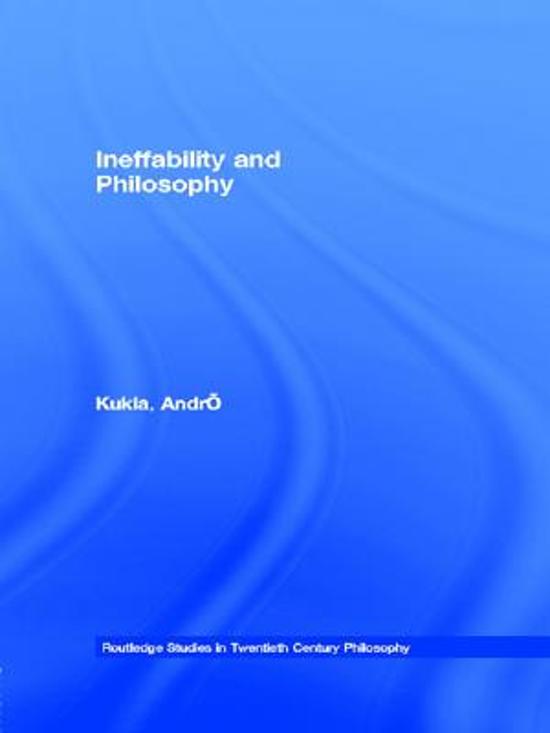 Presenting a fascinating analysis of the idea of what can't be said, this book ascertains whether the notion of there being a truth, or a state of affairs, or knowledge that can't be expressed linguistically is a coherent notion. The author distinguishes different senses in which it might be said that something can't be said.

The first part looks at the question of whether ineffability is a coherent idea. Part two evaluates two families of arguments regarding whether ineffable states of affairs actually exist: the argument from mysticism and the argument from epistemic boundedness. Part three looks more closely at the relation between mystic and non-mystic stances. In the fourth and final part the author distinguishes five qualitatively different types of ineffability.

Ineffability and Philosophy is a significant contribution to this area of research and will be essential reading for philosophers and those researching and studying the philosophy of language.