Jan Kodes A Journey to Glory from Behind the Iron Curtain 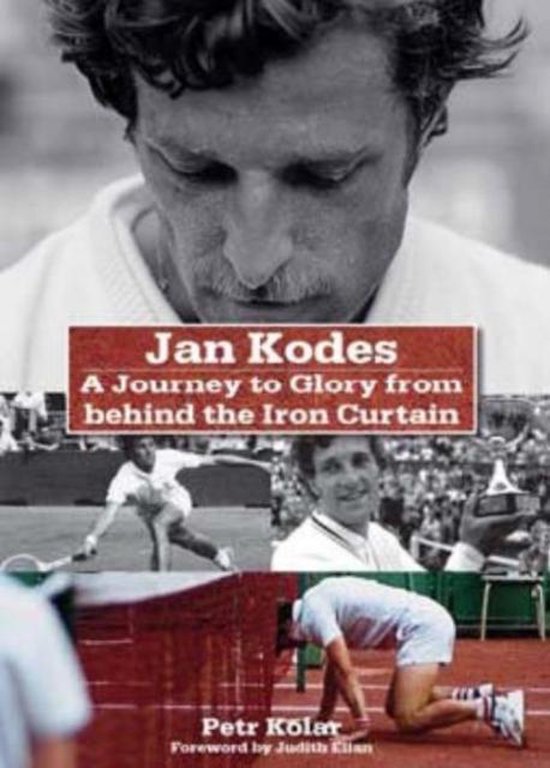 He lived through tennis in two political regimes; first, as a player, then as an official. Besides Wimbledon he won Roland Garros twice, reached the US Open finals twice, he played an important part in helping Czechoslovakia get to the Davis Cup finals twice, whereas the second attempt completed his career with a victory and acquisition of the legendary ''salad bowl''. He won a string of International tournaments in singles and doubles, and defeated six Wimbledon champions - Rod Laver, John Newcombe, Manuel Santana, Arthur Ashe, Stan Smith and Bjorn Borg. In fifteen years he played ninety-six matches for the Davis Cup team; he received an ITF award for ''Service in the Game'' and was inducted into the International Tennis Hall of Fame. After his own competitive career came to an end he embarked on a formidable complicated period as a Davis Cup team captain. He was also a driving force behind the construction of a new Stvanice Tennis Center and stood at the bring of an ATP Tour Series tournament in Prague. He was a board member for CTA from 1982 till 1998. His characteristic uncompromising, honest, resilient character and a habit of saying even unpleasant things directly to one's face sometimes created conflicts that climaxed during his Czech Tennis Association presidency.

He was my hero! I was lucky to have gotten to know him still before I myself became famous. Jan was my role model not only for his tennis but mainly for his fighting tenacity. I have never seen him slack away; He was a superb. I realize that he was more of a model for me than Rod Laver. When I later lived through the world tennis mania myself I found him to be my ultimate model. He put in his word for my liberty to travel and that took place even before my the Forest Hills tournament defection. Martina Navratilova

should have been quenched for good when he was robbed, as blatantly as a player ever was, of his chance to lead two sets to love on the ridiculously hazardous circumstance of the four-all score in the American nine-point tiebreak sequence. It was a memorable contest. He led John Newcombe in the finals two sets to one, and it was then that the strain of his previous match, less than 24 hours before, took its toll. An exhausted Kodes did not become US Champion. He had though, without doubt marked himself as player of the year.

Lance Tingay, The Daily Telegraph World of Tennis 74 ''Players of the Year''

He came as a discredited Wimbledon champion, he departed as a worthy one. Laurie Pignon, The Daily Mail U.S. Open 1973

Even so the status of Wimbledon men `singles was not weakened. The Czech Jan Kodes, proved, by his subsequent exploits at Forest Hills, where he dramatically beat Smith and lost, but narrowly, in the final to Newcombe, that the 1973 Wimbledon champion was illustrious as most of his predecessors. Lance Tingay ''World Rankings''

He was a tough adversary and one could defeat him only with great difficulty. Virtually, he had no weakness; he was a complete player with an all-court game. He earned his place in tennis history as a great champion. He was a player who could perform on any surface and who could become a menace for any player. For those reasons it did not surprise me that he won the French Open two times in a row. And Wimbledon? That title came at the peak of his career! Bjorn Borg

We fought long grueling matches. Once it was his turn to win, next time mine. At any rate, it was always a great challenge. Ilie Nastase

Jan was a very difficult opponent who fought for each and every point and whose game had, virtually, no weakness. He did not have much experience on grass, yet he surprised everybody in 1971 when he advanced all the way to the US Open finals. John Newcombe

In his time he belonged to the best clay-court players in the world, and he deserved the two-time French Open title. I know how much he accomplished for the benefit of Czech tennis. Stan Smith

Born on March 26, 1957 in Kutna Hora, a small town East of Prague. Ever since the age of nine he was an avid basketball player; as a junior he represented Czechoslovakia for three years, followed by three years playing the top National league for the team Slavia VS Prague. After he matriculated from Kutna Hora High School he studied natural sciences at Charles University in Prague, specializing in human and animal physiology. He then conducted research until he wrote his first newspaper article - a report about women's top basketball league match and published it in the daily newspaper called Czechoslovak Sport; he never went back to research and became a journalist. In mid-nineties he was an editor-in-chief of a magazine called ''Basket'' (Basketball). For two and a half years after that he worked for a monthly called Sport Plus. In 1998 he joined the team of a monthly societal periodical Xantypa as an editor and he published biographical stories and tales of people from all walks of life and professions. NBA basketball players like Joe Dumars, Detlef Schrempf, Jiri Zidek Jr. and Jiri Welsh responded to his questions and so did Jaromir Jagr, 1998 Wimbledon champion Jana Novotna, world 800m champion Ludmila Formanova, singer Suzanne Vega, model Tereza Maxova, the first Czech working for CNN Tomas Etzler and many others. He is also the author of several sport publications: History and the Present of NBA (1998), Tomas Dvorak - From the Peak to the Bottom and to the Top Again (a story of a three-time world decathlon champion), and he was the editor of Winter Olympic Games - Salt Lake City 2002. In 2006 he published his last and the most extensive work: Jan Kodes' biography - Tennis Was My Life. He freelances at this moment and cooperates with several Czech periodicals.
Toon meer Toon minder