Journals of Expeditions of Discovery Into Central Australia and Overland From Adelaide to King George's Sound in the Years 1840-1 Sent by the Colonists of South Australia With the Sanction and Support of the Government (Complete) EBOOK Tooltip Ebooks kunnen worden gelezen op uw computer en op daarvoor geschikte e-readers. 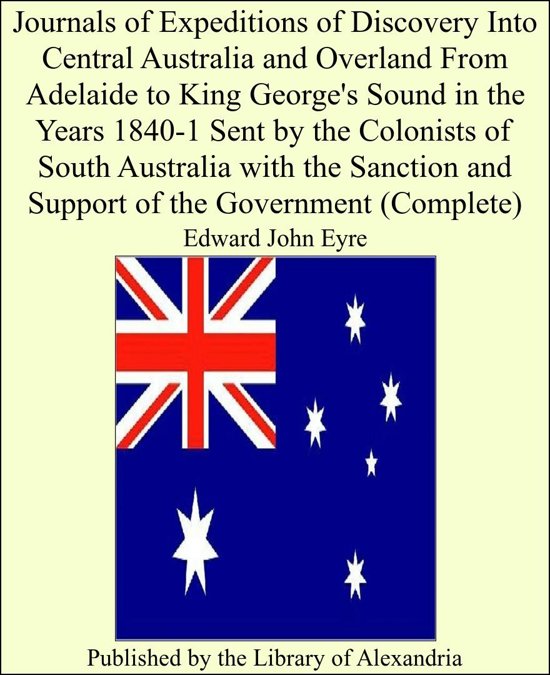 In offering to the public an account of Expeditions of Discovery in Australia, undertaken in the years 1840-1, and completed in July of the latter year, some apology may be deemed necessary for this narrative not having sooner appeared, or perhaps even for its being now published at all. With respect to the first, the author would remark that soon after his return to South Australia upon the close of the Expeditions, and when contemplating an immediate return to England, he was invited by the Governor of the Colony to remain, and undertake the task of re-establishing peace and amicable relations with the numerous native tribes of the Murray River, and its neighbourhood, whose daring and successful outrages in 1841, had caused very great losses to, and created serious apprehensions among the Colonists. Hoping that his personal knowledge of and extensive practical experience among the Aborigines might prove serviceable in an employment of this nature, the author consented to undertake it; and from the close of September 1841, until December 1844, was unremittingly occupied with the duties it entailed. It was consequently not in his power to attend to the publication of his travels earlier, nor indeed can he regret a delay, which by the facilities it afforded him of acquiring a more intimate knowledge of the character and habits of the Aborigines, has enabled him to render that portion of his work which relates to them more comprehensive and satisfactory than it Otherwise would have been. With respect to the second point, or the reasons which have led to this work being published at all, the author would observe that he has been led to engage in it rather from a sense of duty, and at the instance of many of his friends, than from any wish of his own. The greater portion of the country he explored was of so sterile and worthless a description, and the circumstances which an attempt to cross such a desert region led to, were of so distressing a character, that he would not willingly have revived associations, so unsatisfactory and so painful
Toon meer Toon minder