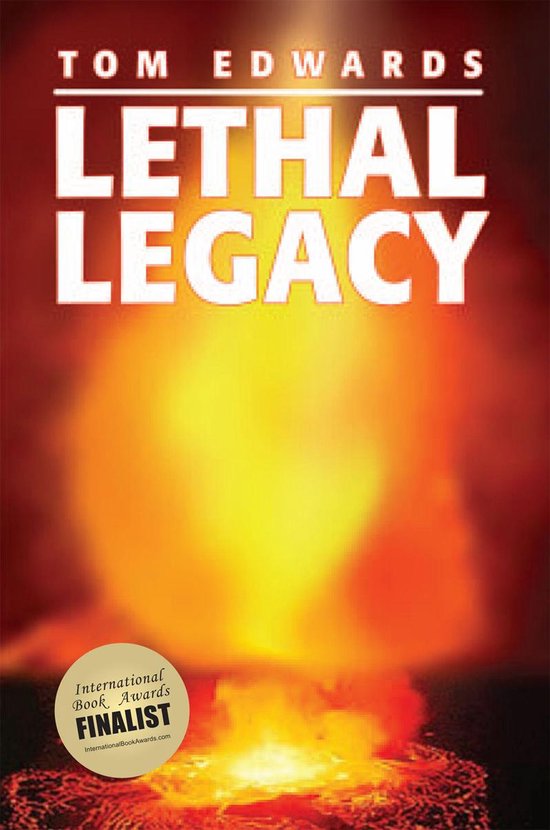 Prologue Lethal Legacy started off as a novel set in the year 2050; purely fictional. But the situation in which the main character found himself had to be explained in terms of the deterioration of the environment. Weeks of research uncovered an amazing saga of doom and despair; wrong decisions made for the wrong reasons, criminal neglect and appalling apathy on the part of many from the top to the bottom of every strata of society. Most of the incidents depicted in the book are fictional, but many more are fact, frighteningly so. It is a scenario that could quite easily eventuate; indeed many of the events are occurring now and have been for some time. Many of those in a position to help eliminate pollution will not do so because of vested interests. Many turn a blind eye because the truth is too horrible to contemplate, and some feel helpless in the face of such a massive task. There are of course many selfless people throughout every level of society who strive constantly for the betterment of mankind; the weekenders who plant trees and vegetation along river banks, clean the rivers, estuaries and bushland of all manner of detritus; the many environmental groups, some of whom risk their lives to save various endangered species and prevent tree felling. But all too often they lack resources and coordinated direction; this must originate far higher up the corporate and governmental ladder. Inevitably they tackle the results of degeneration and not the causes. There are also many good environmentally aware people in all walks of life, from the bottom to the top, who try to do the right thing, sometimes to their disadvantage. But many of those who really have the power to effect change are apparently not loving enough or caring enough to slough off their indifference to the ultimate fate of their children and grandchildren because they are the ones who will carry the brunt of our reckless behaviour in the years ahead. I have kept the central theme as a vehicle to carry the environmental message. Tom Copy of letter written in March 2006 Dear Friends, Most of you will be pleased to hear that I will not be plaguing you any further with doomsday scenarios regarding the sad demise of our planet; I have given up. My last book, ''Lethal Legacy sums up most of what I have to say on the subject. I am now nearing 80 years of age and have been writing and arguing the topic for over forty years - mostly with little success. One day in the future politicians and the world's manipulators will have a sudden burst of enlightenment and realise that they have killed the goose that laid the golden egg, but it will be too late. In my opinion we have passed the point of no return and even, if by a miracle, we stopped all pollution we could no longer hope to reverse the process. Throughout the history of the earth the masses have been manipulated by the few, the greedy few, it has always been so. Even as recently as two hundred years ago we had families who grew what they ate and made what they wore; they lived by natural cycles; albeit under a feudalistic system. The Industrial Revolution mechanised industry and people alike and made time a major factor in our lives, we became virtual automatons that produced goods that we mainly did not need to further enrich the rich. Our lives were circumscribed not by what we needed but what we wanted which in turn was encouraged and perpetuated by the manipulators via advertising agencies and the media. Our shops are filled with masses of goods that we can well do without, all of which require power, materials and machines to make and which invariably create pollution of one sort or another. We came to believe that we needed the mass of appliances and entertainment units; the clothes to match changing fashions and all those objects of self indulgence; that they were essential to our happiness. We live lives full of excesses and believe that this is an essential prerogative for a su