Liber Daemoniorum The Pantheon of Hell 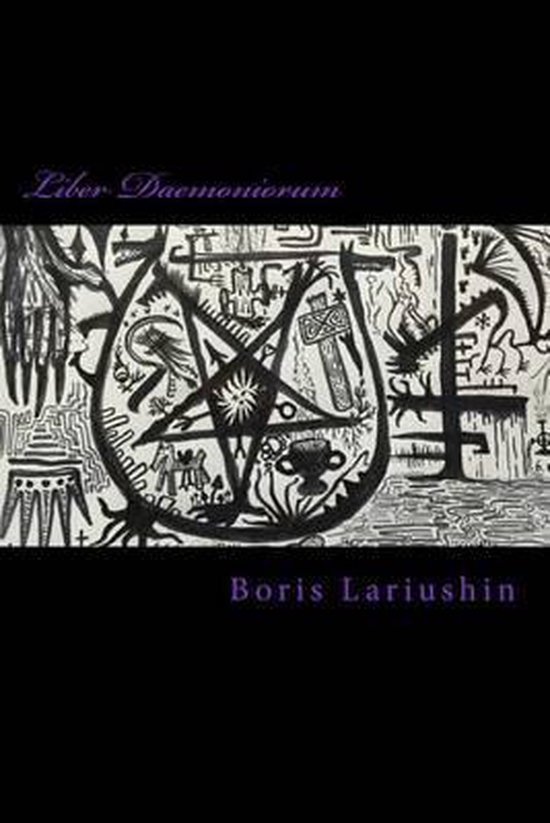 There is no reason one should fear Satan's Demons. When treated with respect and approached with honest intentions, they are truly wonderful. Their greater purpose is to teach humanity. As for purposes of revenge and the punishment of enemies, justice is essential. Turning the other cheek creates true lawlessness, chaos and the eventual collapse of civilized society. Revenge and justice are necessary, for without correction; offenders only continue in their abusive behavior and freely abuse others.When we make friends with the Demons, they often visit revenge upon those whose intention is to wrong us, and they also watch our backs. I have seen my enemies and the enemies of my loved ones punished before I even had to ask.Many of the Demons specialize in the teaching of ethics. This right here attests to the reality that Demons are not evil. Responsibility to the responsible. Honor and truth are VERY important to Satan. Satan looks with hatred upon those who are cowards and are too weak to take responsibility for their actions. Satan represents the strong and the just.The Demons are the Nephilim, [the Original Gods] the ancient extra-terrestrials who came to Earth to mine for gold thousands of years ago. They are very intellectually, physically, and spiritually advanced. Many took human wives/husbands and were cursed for this by other Gods who opposed anything that would educate or elevate human beings above that of an animal. Human beings were intended to be slaves and when the mining project was finished, they were to be destroyed. The Demons befriended humans and wished for us to become as the Gods, just as Father Satan attempted to bring humans godly knowledge and power. For this, they were cursed and punished.The Demons are very human friendly. I have had the privilege of having them work with me and teach me. I have established true friendships with several Demons who have helped me in so many ways. I have learned so much from my Demon teachers. Given the destruction of ancient libraries and centers of learning by Christians, so much knowledge has been lost forever. Sometimes Demons can be strict in encouraging us to better ourselves, but this is for our own well-being and development. Satan states in the Al Jilwah: I lead to the straight path without a revealed book.The popular grimoires and occult books available in the mainstream bookstores are a major source of trouble. The grimoires were written by Jewish rabbis and Christians. The Demons are NOT ''empty shells'' as enemy kabbalists claim. They are not the ''qlippoth.'' The Demons I have worked with have very powerful, positive energy and are very much alive. Since we performed energy work on them, they have drastically increased their power. Many of them now have very bright auras.Concerning vampirism and the ''qlippoth, the Christian ''God'' exemplifies both, as most Christians are spiritually depleted. Look at the Catholic Pope [John Paul II], he is an empty shell. The doctrines of the enemy programs advocating asceticism, self-denial and other anti-life practices harmful to human beings are representative of ''qlippoth.'' The teachings concerning the qlippoth are another way the enemy denigrates and blasphemes our Gods.
Toon meer Toon minder