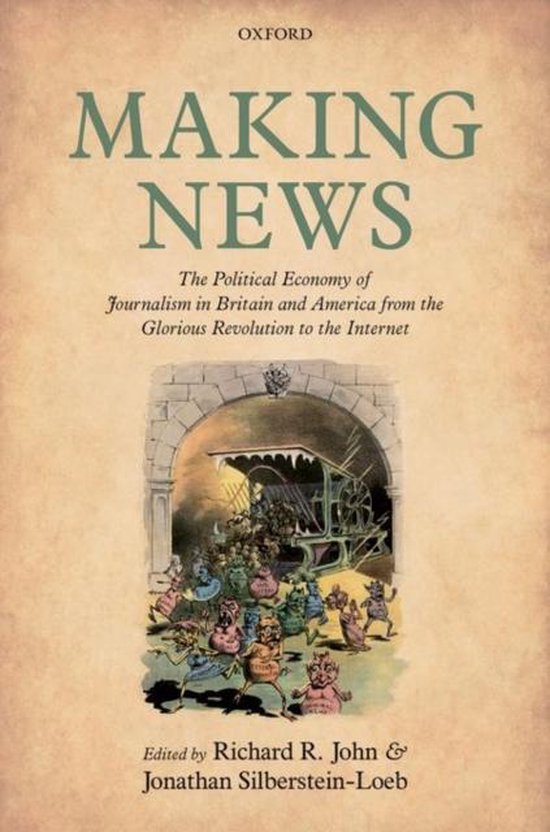 How can the news business be re-envisioned in a rapidly changing world? Can market incentives and technological imperatives provide a way forward? How important have been the institutional arrangements that protected the production and distribution of news in the past? Making News charts the institutional arrangements that news providers in Britain and America have relied on since the late seventeenth century to facilitate the production and distribution of news. It is organized around eight original essays: each written by a distinguished specialist, and each explicitly comparative. Seven chapters survey the shifting institutional arrangements that facilitated the production and distribution of news in Britain and America in the period between 1688 and 1995. An eighth chapter surveys the news business following the commercialization of the Internet, while the epilogue links past, present, and future. Its theme is the indispensability in both Great Britain and the United States of non-market institutional arrangements in the provisioning of news. Only rarely has advertising revenue and direct sales covered costs. Almost never has the demand for news generated the revenue necessary for its supply. The presumption that the news business can flourish in a marketplace of ideas has long been a civic ideal. In practice, however, the emergence of a genuinely competitive marketplace for the production and distribution of news has limited the resources for high-quality news reporting. For the production of high-quality journalism is a byproduct less of the market, than of its supersession. And, in particular, it has long depended on the acquiescence of lawmakers in market-limiting business strategies that have transformed journalism in the past, and that will in all likelihood transform it once again in the future.
Toon meer Toon minder