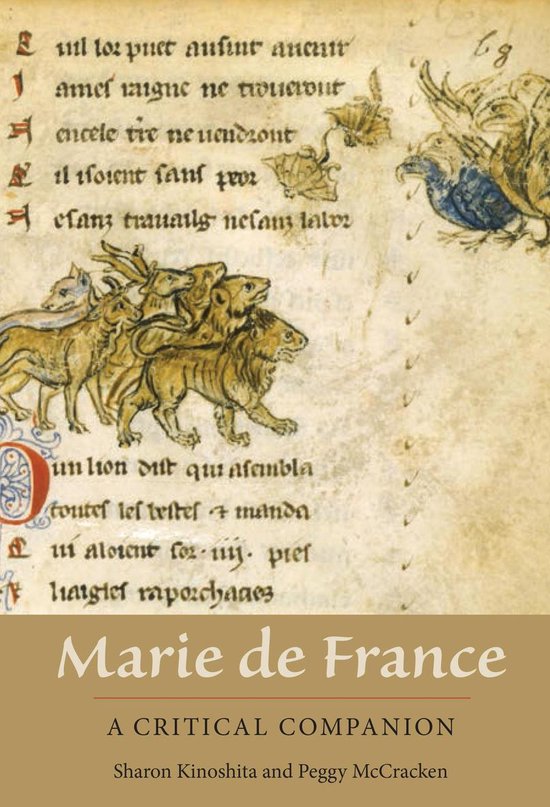 Marie de France is the author of some of the most influential and important works to survive from the middle ages; arguably best-known for her Lais, she also translated Aesop's Fables (the Ysopë), and wrote the Espurgatoire seint Patriz (St Patrick's Purgatory), based on a Latin text. The aim of this Companion is both to provide information on what can be gleaned of her life, and on her poetry, and to rethink standard questions of interpretation, through topics with special relevance to medieval literature and culture. The variety of perspectives used highlights both the unity of Marie's oeuvre and the distinctiveness of the individual texts. After situating her writings in their Anglo-Norman political, linguistic, and literary context, this volume considers her treatment of questions of literary composition in relation to the circulation, transmission, and interpretation of her works. Her social and historical engagements are illuminated by the prominence of feudal vocabulary, while her representation of movement across different geographical and imaginary spaces opens a window on plot construction. Repetition and variation are considered as a narrative technique within Marie's work, and as a cultural practice linking her texts to a network of twelfth-century textual traditions. The Conclusion, on the posterity of her oeuvre, combines a consideration of manuscript context with the ways in which later authors rewrote Marie's works. Sharon Kinoshita is Professor of Literature, University of California, Santa Cruz; Peggy McCracken is Professor of French, Women's Studies, and Comparative Literature, University of Michigan, Ann Arbor.