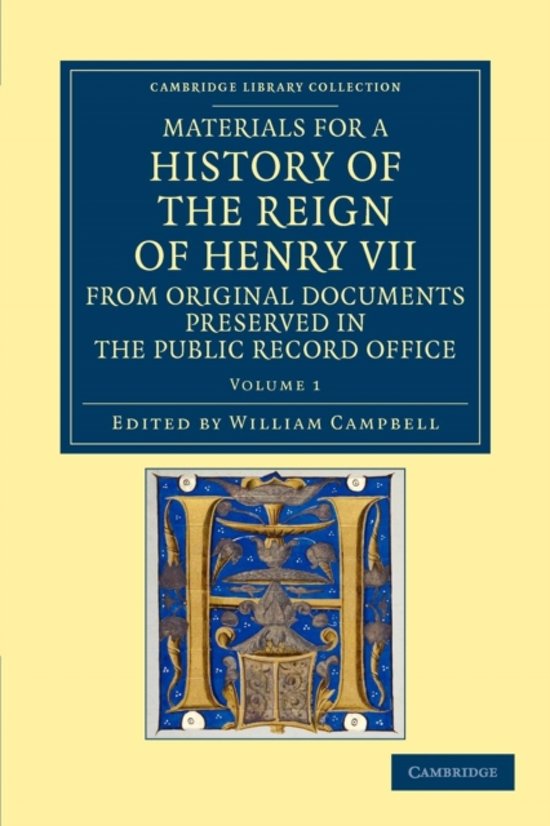 William Campbell (1824-86) compiled this two-volume work for the Rolls Series between 1873 and 1877. It covers the first five years of the reign of Henry VII, following his accession to the throne after the Battle of Bosworth in 1485. The contemporary material is rich in information regarding Henry's governance and character, including his meticulous approach to financial matters and his penchant for splendour. Volume 1 brings together a variety of illustrative and carefully transcribed documents, presented in English, Latin and French. Covering the year 1485-6, it introduces the people who would come to shape Henry's reign. Revealing Henry's concern to reward his allies, the documents reflect the turbulence of the previous decades and the uneasy character of this period. This is a valuable resource for researchers of the early Tudors, providing insight into Henry's reign in its early, and most anxious, stages of development.
Toon meer Toon minder