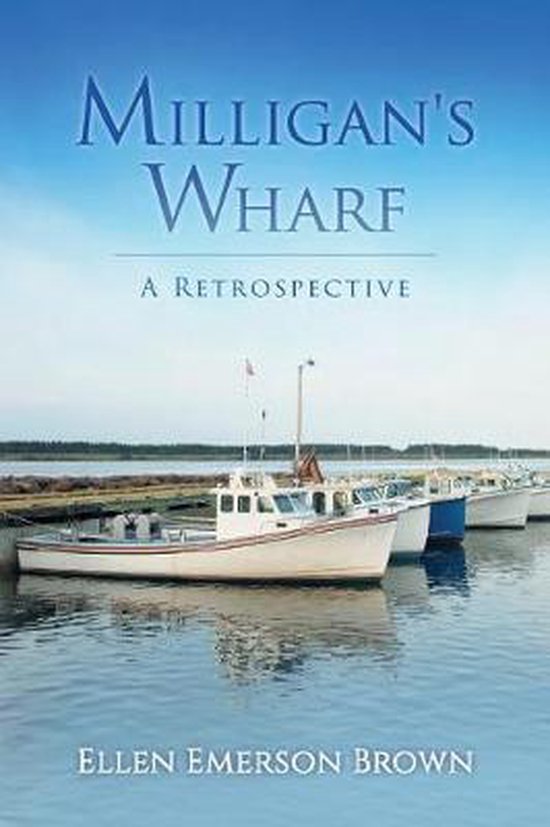 Milligans Wharf is a collection of narratives and poems that reflect the authors interest in culture and history, as well as family lore, and Catholic faith.Some of the stories portray traditional cultures of hard manual work, and sheltered women and others depict the alternative with its questionable effects on society. The poems express evanescent attraction to the opposite sex, wonder at the surprising character of the natural world, and the mystery of human caring. The first story contrasts the traditional binding effects of work, family, and religion in a Maritime province of Canada with the attempts of a transitory Californian woman named Lynn, to create a life tied only to personal fulfillment through art and education. In the next story, Lynn learns about life in Holland during the Second World War, as her neighbor describes her emigration after marrying a Canadian soldier, and her disorientation in the much more conservative culture of her adopted home in Freeland. The San Diego Bus Tour describes Lynn in the supporting role of a tour guide to a busload of Japanese students and their chaperones. The limits to communication do not hinder the conclusion that the basic inequality of the sexes prevails as the men over protect the young girls in their charge while seeking gifts for their mistresses at home. The Tupperware Party, reinforces the cultural narrative that decries the banal rigors of domestic married life put forth ironically by the Baby Boomers. For Lynn, that one-dimensional portrayal of the housewife begins to bend a little and the reality holds out some appealing fruits to her. The next two stories are non fiction. The first is a history of 100 years in the life of a Catholic church called Saint Bridgets in Connecticut and was written using archival material in the form of hand written letters and documents made available by the benevolent parish priest. The other is a short oral history provided by a contemporary of the authors grandfather who was a prolific conductor and composer of Broadways musical theater and Hollywood film scores. During a time when any sort of amusement was considered sinful in Protestant America, the entertainment found on the stage and early screen was nonetheless captivating and beloved. The woman sharing her personal experience of the past events, had been a dancer on stage and early screen. Her memories were happy ones and only one example of inequality between men and women during that time came to her mind during the interview. It was the men-only clubs, but even they, as detested as they were by wives, did not prevent some women from fulfilling artistic expression, even when that meant giving up the stage to raise large families.In the story Romulus and Remus it is clear that boundaries have changed and so have roles for men and women, but it is also clear that equality in the workplace does not liberate some women. In the Second Sweater and Joels Progress it is not the workplace but family of origin that puts pressure on the individual in relation to the group. Ties are either too loose or too tight in the families described in these two stories, and Faith provides a third way in one of them. The last three titles are essays and they continue the theme of attachment that is misplaced or excessive. When caring for a pet, in one case a kitten, in another, a parakeet, becomes over zealous, the result is predictable as animals have a short life span. The resulting grief threatens to sever the characters orthodox trust in God, and in one, Confession reveals it is not the pet that is grieved but the lost opportunity to have children. In the end, the care lavished on pets or on ones own misplaced ambitions is a reflection of the grace poured down on the imperfect caregiver by a merciful Christ.
Toon meer Toon minder