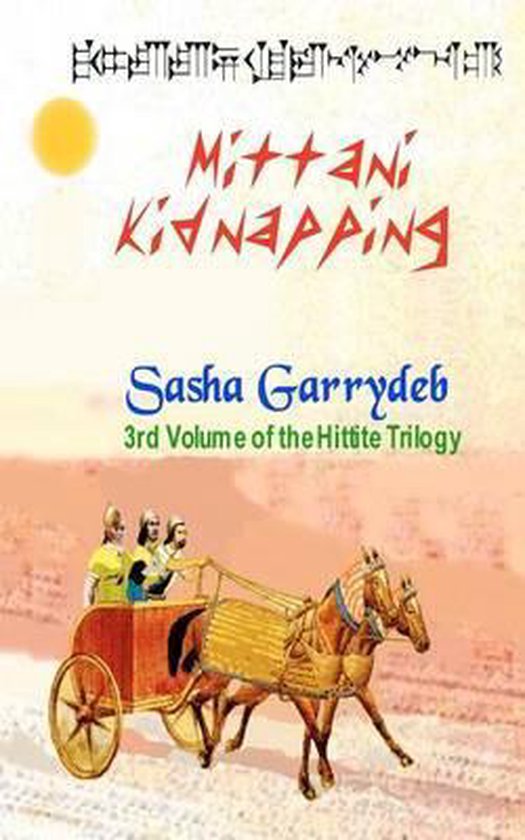 This is the third volume of the Hittite trilogy, in which Ammuna, a disaffected senior Hittite General has had enough of the Hittite King's interference in his career and has sold himself to the Mittani Crown Prince Artatama for golden shekels. Worse, he's kidnapped King Tudhaliyas' 6 year old daughter, Princess Asmunikal, for those golden shekels. It is now six years since the Battle of the Wide Plateau put Tudhaliyas on the throne (Vol 1-Murder in Hattusas), in the realm of the ancient Hittite Empire, and three years since Madduwatta's Rebellion was dismantled by Tudhaliyas, (Vol 2-Madduwatta's Rebellion), both times with Mokhat's help. In this third volume of the Hittite trilogy, the reader is invited to participate in a seventeen-day pursuit from Hattusas to Nineveh, in a romp through the landscape of ancient Mesopotamia, when Mokhat's special forces chase rogue General Ammuna and his gang of mercenaries into the heart of Assyria, trying to rescue the kidnapped daughter of grief stricken King Tudhaliyas and his consort, Queen Nikal. Tudhaliyas invades Mittani to force Artatama to release his daughter. The Kizzuwatna army is on the march, in support of the Hittite King, as is the Pharaoh, both allied to Hattusas by binding treaties. Cities allied to the Mittani come under attack one by one. There are catastrophic consequences for Artatama's father, King Saustatar of Mittani when a Hittite army appears on his doorstep. Has Artatama overstretched himself? Has his ambition become his downfall? Will the special forces rescue the princess? These are the questions this third volume proposes to answer.
Toon meer Toon minder