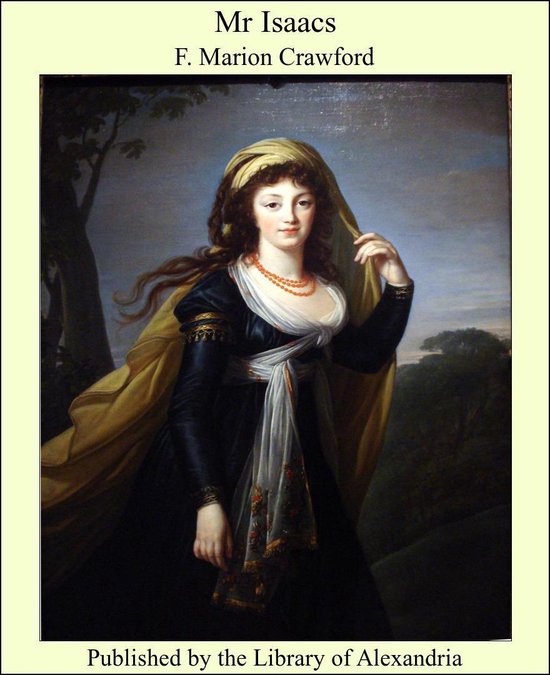 In spite of Jean-Jacques and his school, men are not everywhere born free, any more than they are everywhere in chains, unless these be of their own individual making. Especially in countries where excessive liberty or excessive tyranny favours the growth of that class most usually designated as adventurers, it is true that man, by his own dominant will, or by a still more potent servility, may rise to any grade of elevation; as by the absence of these qualities he may fall to any depth in the social scale. Wherever freedom degenerates into license, the ruthless predatory instinct of certain bold and unscrupulous persons may, and almost certainly will, place at their disposal the goods, the honours, and the preferment justly the due of Others; and in those more numerous and certainly more unhappy countries, where the rule of the tyrant is substituted for the law of God, the unwearying flatterer, patient under blows and abstemious under high-feeding, will assuredly make his way to power. Without doubt the Eastern portion of the world, where an hereditary, or at least traditional, despotism has never ceased since the earliest social records, and where a mode of thought infinitely more degrading than any feudalism has become ingrained in the blood and soul of the chief races, presents far more favourable conditions to the growth and development of the true adventurer than are offered in any free country. For in a free country the majority can rise and overthrow the favourite of fortune, whereas in a despotic country they cannot. Of Eastern countries in this condition, Russia is the nearest to us; though perhaps we understand the Chinese character better than the Russian. The Ottoman empire and Persia are, and always have been, swayed by a clever band of flatterers acting through their nominal master; while India, under the kindly British rule, is a perfect instance of a ruthless military despotism, where neither blood nor stratagem have been spared in exacting the uttermost farthing from the miserable serfs--they are nothing else--and in robbing and defrauding the rich of their just and lawful possessions. All these countries teem with stories of adventurers risen from the ranks to the command of armies, of itinerant merchants wedded to princesses, of hardy sailors promoted to admiralties, of half-educated younger sons of English peers dying in the undisputed possession of ill-gotten millions. With the strong personal despotism of the First Napoleon began a new era of adventurers in France; not of elegant and accomplished adventurers like M. de St. Germain, Cagliostro, or the Comtesse de la Motte, but regular rag-tag-and-bobtail cut-throat moss-troopers, who carved and slashed themselves into notice by sheer animal strength and brutality. There is infinitely more grace and romance about the Eastern adventurer. There is very little slashing and hewing to be done there, and what there is, is managed as quietly as possible. When a Sultan must be rid of the last superfluous wife, she is quietly done up in a parcel with a few shot, and dropped into the Bosphorus without more ado. The good old-fashioned Rajah of Mudpoor did his killing without scandal, and when the kindly British wish to keep a secret, the man is hanged in a quiet place where there are no reporters. As in the Greek tragedies, the butchery is done behind the scenes, and there is no glory connected with the business, only gain. The ghosts of the slain sometimes appear in the columns of the recalcitrant Indian newspapers and gibber a feeble little ''Otototoi!'' after the manner of the shade of Dareios, but there is very little heed paid to such visitations by the kindly British. But though the ''raw head and bloody bones'' type of adventurer is little in demand in the East, there is plenty of scope for the intelligent and wary flatterer, and some room for the honest man of superior gifts, who is sufficiently free from Oriental prejudice to do energetically the thing which comes in his way, distancing all competitors for the favours of fortune by sheer industry and unerring foresight