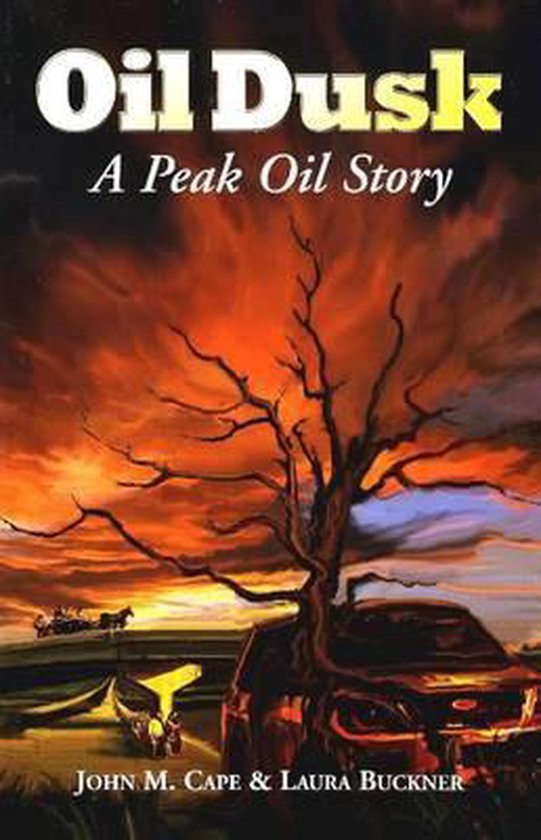 Authors’ Notes “This world that we have made as a result of the level of thinking we have done thus far creates problems which cannot be solved by the same level of thinking in which they were created.” ? ALBERT EINSTEIN “All we have to decide is what to do with the time that is given to us.” ? J. R. R. TOLKIEN “We are what we think. All that we are arises with our thoughts. With our thoughts we make the world.” ? BUDDHA “I ask not for a lighter burden, but for broader shoulders.” ? JEWISH PROVERB When we first started writing this story three years ago the idea that our nation could experience an oil crisis driven by a weak dollar seemed unlikely or at least a long way away. As we finished the final draft, recent economic events had evolved in the direction that we’ve suggested. Obviously oil prices are not going to remain continuously high and have returned to more comfortable levels, at least for a while. Even so, there is little doubt that the overall price trend for crude oil over the next twenty years will be upwards. As this novel suggests the path of that price trend matters. Neither of us knows what the future holds and it is our sincere hope that this story remains just a fantasy. But we also believe that as a nation we can and hopefully will transition quickly to new energy solutions – preferably renewable, sustainable, and clean – while we have enough fossil fuels to make the transition gradual, manageable and fiscally possible. This is our version of a warning order; a call to action, even if it’s just a decision you make for yourself and your family. The authors have served in the military and as officers have sworn to defend our constitution, the soul of our nation, against enemies both foreign and domestic; peak oil qualifies for both. We realize that energy solutions are indeed a national security issue and a global concern. In many ways, the United States is still in a privileged position when it comes to energy. We have the world’s largest known coal reserves, attractive unconventional natural gas resource plays (though the US’s natural gas consumption is only about half of the size of the US’s crude oil consumption as measured on a BTU basis), extraordinary wind and solar power potential, plenty of uranium, various bio-fuel initiatives, and the technicians, politicians, and investors that could energize a transition to another energy regime. We have the potential to avoid an energy train wreck. But any crude oil crisis will be one where we have to “come as we are”. While there may be possibilities to harness other energy sources over the long term, none of this matters when the world is suddenly turned upside down and we are still in a predominantly crude oil driven society. We will most likely get to confront some future crude oil disruption with something that closely resembles the energy infrastructure that existed at the time this book was published, our fleet of mostly gasoline dependent vehicles, lots of widely dispersed homes and a retail system that is profoundly transportation dependent from goods and foodstuffs from all around the world. Now would be a good time to buy a highly fuel efficient vehicle and do all the things that can reduce our individual energy footprints, but in the end, this will not be enough. We need to be investing in alternative energy resources at a scale and rate that is almost unimaginable in order to avoid some type of future disruption like the one described in this story. As odd as it may sound, we’re hoping that oil prices remain at uncomfortable levels in the near future to induce our society to head in this direction sooner rather than later. The last twenty years do not suggest that we will actually do anything of this sort as long as oil prices remain cheap or even modest. We gave our characters considerably more benefits and opportunity than most of us could reasonably expect or hope for under their circumstances. Perhaps the potential reality was simply too harsh to imagine. Or, maybe serendipity or faith could indeed power a sequence of fortunate developments that would materialize for a family without such a farsighted parent. In the end, it is all about sustainability. Mankind inherited an incredible trust fund of fossil fuel energy and the party has raged for a couple hundred years. What impressive trash we will leave for future anthropologists.
Toon meer Toon minder