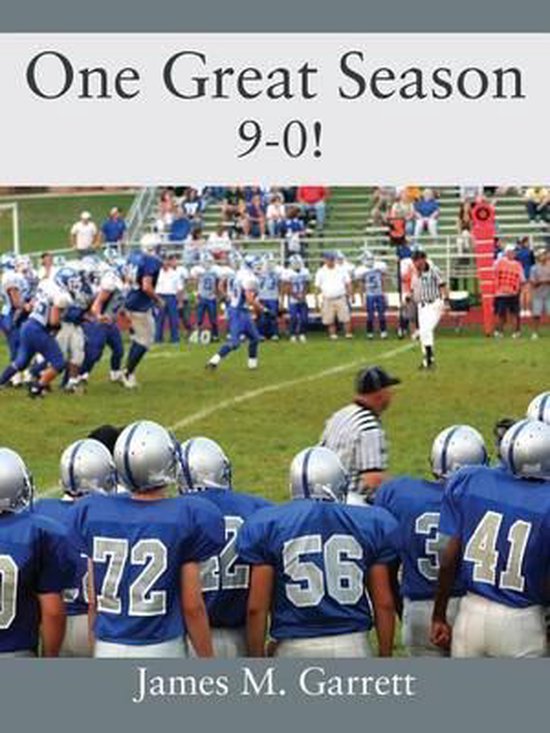 EXTRA EXTRA READ ALL ABOUT IT Get ready to experience the excitement of a perfect high school football season in 1960 in a small town. In the city of Homestead, a former sports editor is asked to come out of retirement to once again write for the Heritage News about the best sports team in the history of their town. He chooses to write a series of six articles about the 1960 varsity football season of the Homestead High School Mavericks. Based on the title, One Great Season, 9-0 , it is obvious the team from the town's only high school had an undefeated season and won the championship. It was a once in a lifetime experience in a small town when everything aligned for perfection. That time of 1960 was another era. The love that town has for its children is shown by how some of the children, the high school football players, develop and how the town is united through the year by the team's example. Many things in society were different then. The story reflects some of those differences. Because of the title some may think the novel is just a football story. Each game is described in detail, but the story is about more than X's and O's. It is the story of a small town expressed through the words of a dedicated sports writer. The concept is conveyed in an age before the internet: even though you went to the game the night before, you still wanted to read about it in the newspaper the next day. You wanted to see the statistics in print, and check on "who did what." The format and storyline of this novel is a departure from the previous novels by the author. In the past he mainly wrote episodic tales of individuals and groups in everyday life in letters or short stories. He often used poetry to augment the story lines. This novel is set up like a scrapbook of newspaper articles from a small town newspaper. That is appropriate, since the novel is dedicated to Bob Silva, who for many years was the Sports Editor of the Benicia Herald in Benicia, California. In this work o
Toon meer Toon minder