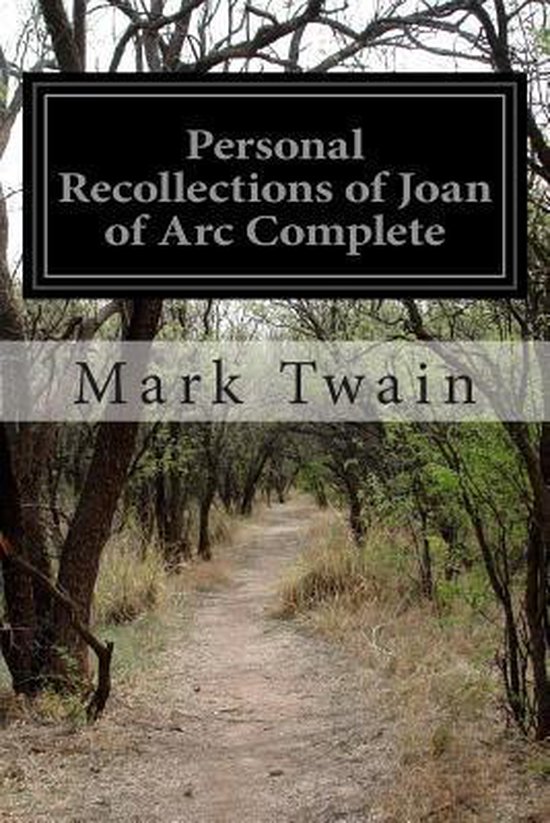 TO ARRIVE at a just estimate of a renowned man's character one must judge it by the standards of his time, not ours. Judged by the standards of one century, the noblest characters of an earlier one lose much of their luster; judged by the standards of to−day, there is probably no illustrious man of four or five centuries ago whose character could meet the test at all points. But the character of Joan of Arc is unique. It can be measured by the standards of all times without misgiving or apprehension as to the result. Judged by any of them, it is still flawless, it is still ideally perfect; it still occupies the loftiest place possible to human attainment, a loftier one than has been reached by any Other mere mortal. When we reflect that her century was the brutalest, the wickedest, the rottenest in history since the darkest ages, we are lost in wonder at the miracle of such a product from such a soil. The contrast between her and her century is the contrast between day and night. She was truthful when lying was the common speech of men; she was honest when honesty was become a lost virtue; she was a keeper of promises when the keeping of a promise was expected of no one; she gave her great mind to great thoughts and great purposes when Other great minds wasted themselves upon pretty fancies or upon poor ambitions; she was modest, and fine, and delicate when to be loud and coarse might be said to be universal; she was full of pity when a merciless cruelty was the rule; she was steadfast when stability was unknown, and honorable in an age which had forgotten what honor was; she was a rock of convictions in a time when men believed in nothing and scoffed at all things; she was unfailingly true to an age that was false to the core; she maintained her personal dignity unimpaired in an age of fawnings and servilities; she was of a dauntless courage when hope and courage had perished in the hearts of her nation; she was spotlessly pure in mind and body when society in the highest places was foul in both−−she was all these things in an age when crime was the common business of lords and princes, and when the highest personages in Christendom were able to astonish even that infamous era and make it stand aghast at the spectacle of their atrocious lives black with unimaginable treacheries, butcheries, and beastialities. She was perhaps the only entirely unselfish person whose name has a place in profane history. No vestige or suggestion of self−seeking can be found in any word or deed of hers. When she had rescued her King from his vagabondage, and set his crown upon hi8s head, she was offered rewards and honors, but she refused them all, and would take nothing. All she would take for herself−−if the King would grant it−−was leave to go back to her village home, and tend her sheep again, and feel her mOther's arms about her, and be her housemaid and helper
Toon meer Toon minder