Poems of Youth and Turbulence 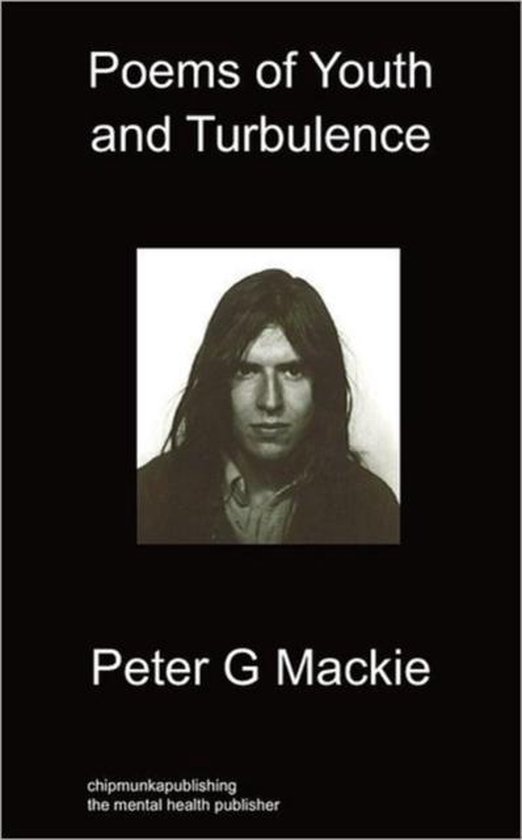 Description This is a volume of poetry written by the author in his youth, starting in his early teens, when he was a patient in the Adolescent Unit of a psychiatric hospital in the early 1970s, and moving on to poems written in his late teens and early twenties. The early poems express the imagination of a teenager, while many of the later poems deal with lost love and feelings of depression, reflecting the sadness and aspirations of an unhappy young man who had fallen from a previous state of ecstasy into melancholy through having been compulsorily detained in a psychiatric unit for two and a half years. About the Author Peter G Mackie was born in Perth, Scotland in 1957 and, as a teenager, was mistakenly kept in the Adolescent Unit of a psychiatric hospital for two and a half years, an experience which affected his whole life and which led him to suffer from depression. Due to problems with his family, he ran away from home at the age of 16 and suffered abuse on the streets of London. At the age of 17, after a brief period in a hippy commune, he wrote his novel The Madhouse of Love in a bed-sit in Tooting, South London, based on his earlier experiences in the psychiatric unit. From 1977 to 1984, he spent a period working and travelling in Europe, which helped him to see a different perspective on life. However, due to unemployment in the 1980s, he was forced to return to Scotland, where he took an HND in Computer Data Processing, but failed to find work in that field. Due to his education having been disrupted early in life, he has had to survive doing unskilled jobs interspersed with periods of unemployment. From 2001 to 2007, he went through a very difficult time, moving from place to place, trying to find work and accommodation, with little success, causing him to have a nervous breakdown and to lapse again into depression. He ended up homeless in Edinburgh, where he sold The Big Issue for over a year. He is now doing an IT course at Redhall Walled Garden, a project in Edinburgh run by the Scottish Association for Mental Health (SAMH) and is still struggling hard to cope with depression. During the 1980s and '90s, he had poems published in numerous small press magazines. He has also recorded a CD of music on piano and synthesiser All Over the Shop, which is available from some alternative shops in Edinburgh and over the Internet. Due to his experiences both earlier and later in life, he has a particular concern for the rights of young people, for those claiming disability benefits and for the homeless.
Toon meer Toon minder