Proceedings of the International Conference on Parallel Processing 1987 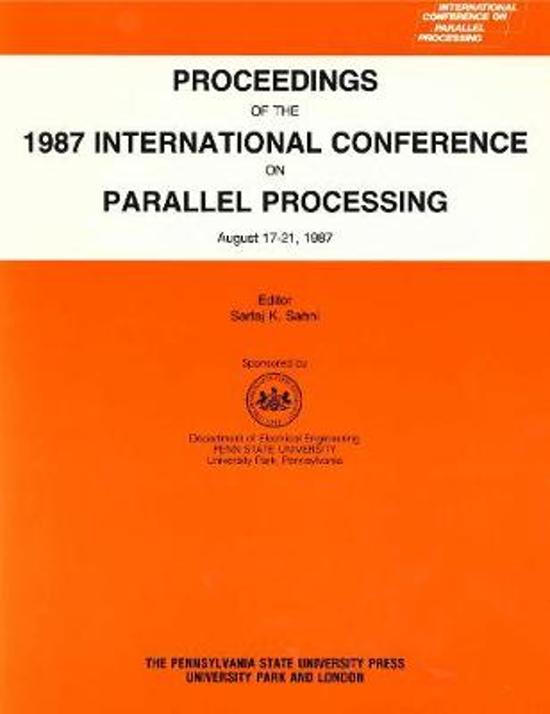 Interest in the field of parallel processing has soared in this decade. Response to the annual conference held at Pheasant Run is clear proof: in the early 1980s just over 100 papers were submitted each year; in 1987 over 400 papers were considered. Such heightened interest is both gratifying and challenging in that the increasingly demanding applications in science, medicine, and industry that result from these studies are dependent upon the parallel systems as computing resources. The studies in this volume describe recent advances in all aspects of parallel/distributed logic circuits, impact of VLSI to parallel processor architecture, various concurrent-, distributed-, parallel-, pipeline-, or multiple-processor architectures; processor memory interconnections; computer networks; distributed databases; reliability and fault tolerance, modeling and simulation techniques; performance measurements; operating systems; languages; algorithms; mathematical analysis; and various application studies A rigorous standard governed the paper selection process in an effort to insure that the proceedings reflect the state of the art in parallel processing theory, design, and applications. Of vital interest to researchers, engineers, scientists, programmers, systems analysts, managers, and other interested in the design and application of parallel/distributed processors and processing.
Toon meer Toon minder