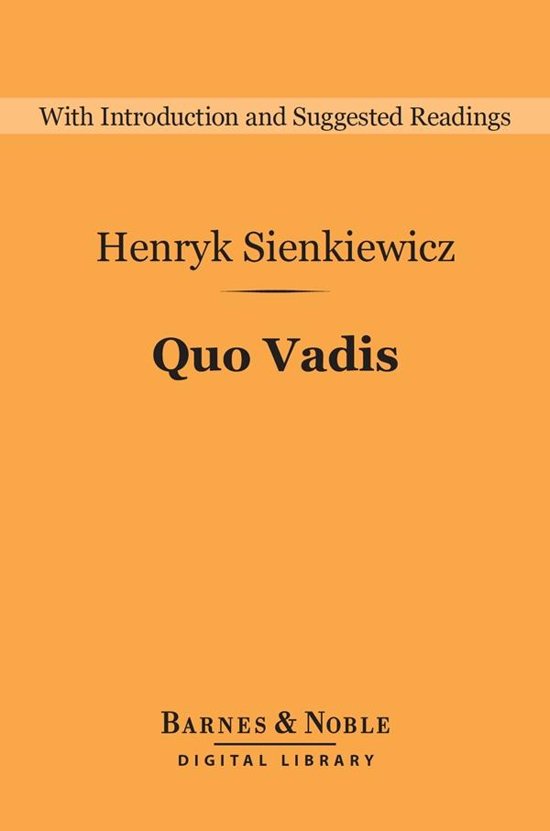 This edition includes a modern introduction and a list of suggested further reading.

Quo Vadis is a powerful historical novel about the rise of Christianity in the Roman Empire. Through a romance between a high-born Roman pagan and a Christian woman, Henryk Sienkiewicz masterfully brings to life the decadence of imperial Rome during the reign of Nero Claudius Caesar (AD 54-68), the bloodthirsty persecutor of the early Christians.

Quo Vadis has been translated into more than forty languages, as well as adapted into several movies. Jeremiah Curtin's accurate and lively English translation of the novel successfully conveys Sienkiewicz's muted portrayal of the beginnings of Christianity and his spectacular, apocalyptic vision of the Roman Empire in decline.