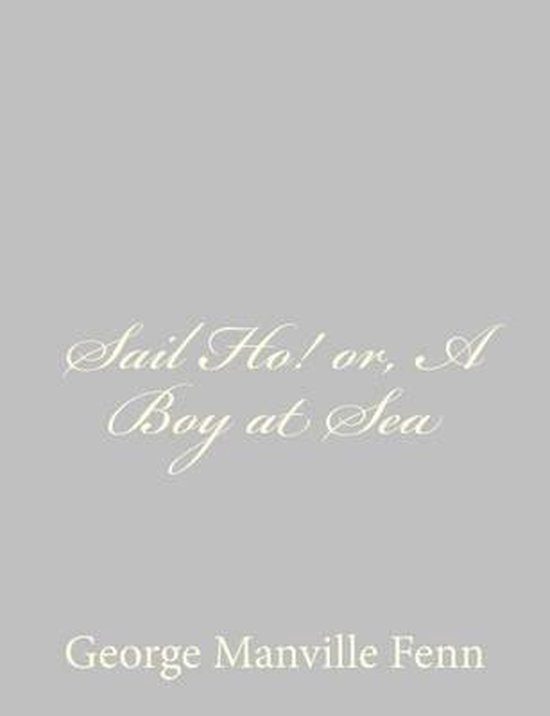 The hero is a seventeen-year-old boy called Alison Dale. We have never heard of a boy called Alison before, but this one is pretty tough, and already knew a lot about seamanship even before he went to sea, on account of having often sailed in his father's large yachts. Hopefully most boys on their first cruise to sea won't have anything like the adventures that befell Master Alison. The skipper was not a pleasant man, and there was a mutiny, led by a nasty piece of work called Jarette, who was half-French. The story progresses through various degrees of terror, beginning when the ship is taken over by the mutineers, leaving the passengers and officers isolated. Finally most of the latter are cast adrift to die, but leaving two of their number on board. Attempts are made to rescue these. Eventually the drunken mutineers manage accidentally to set fire to the vessel, and flee it. But the heroic party of officers and passengers come back to recover the missing two, get on board, and manage to put the fire out. This is noticed by the mutineers, who are just over the horizon, and who row back. There is then a good old battle in which eventually Jarette is killed, and life begins to be restored to normal. According to Wikipedia: ''George Manville Fenn (January 3, 1831, Pimlico - August 26, 1909, Isleworth) was a British writer. He worked as a teacher in Lincolnshire, until he became printer, editor and publisher of various magazines. He had eight children with his wife Susanna Leake, whom he had married in 1855. Most of his work consists of adventure stories for young readers, featuring Explorers, Smugglers, young Adventurers and Seamen. His adult novels offer critical social commentary on Victorian England, especially reconsidering economic questions.''
Toon meer Toon minder