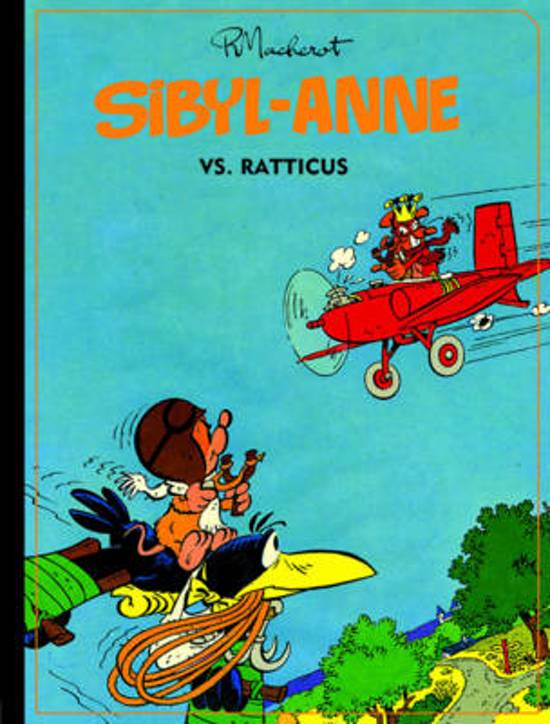 Sibyl-Anne and her fiancé Boomer live in blissful peace in the French countrysideuntil the evil rat Ratticus, evicted from his previous residence, sets hiseye on the quiet acre that the couple share with their friends (a porcupine, acrow, and a rabbit).

After a hilariously unsuccessful attempt to infiltrate the quiet little communityin drag (which leaves a member of the cast smitten, Some Like It Hot-style),the devious Ratticus engineers the takeover of a neighboring rat colonyand builds it into an army that sweeps Sibyl-Anne and her friends off theirhomestead and onto an island. Battles by land, by sea, and even by air ensue,until finally the wicked are defeated and peace is restored.

Macherot’s charming mouse’s-eye views of bucolic idyll and his fast-paced, witty storytelling turn this book into somethinglike a Pixar version of The Wind in the Willows.

Part of Fantagraphics’ program of bringing American readers the best of post-Tintin Franco-Belgian all-ages comics,Macherot’s “Sibylline” series (as it is called in French) is widely regarded as one of the great classics of the field, and isslated for re-release in French in 2011 as part of a “Complete Sibylline” project. This is the very first instance of Macherot’swork being translated into English.
Toon meer Toon minder