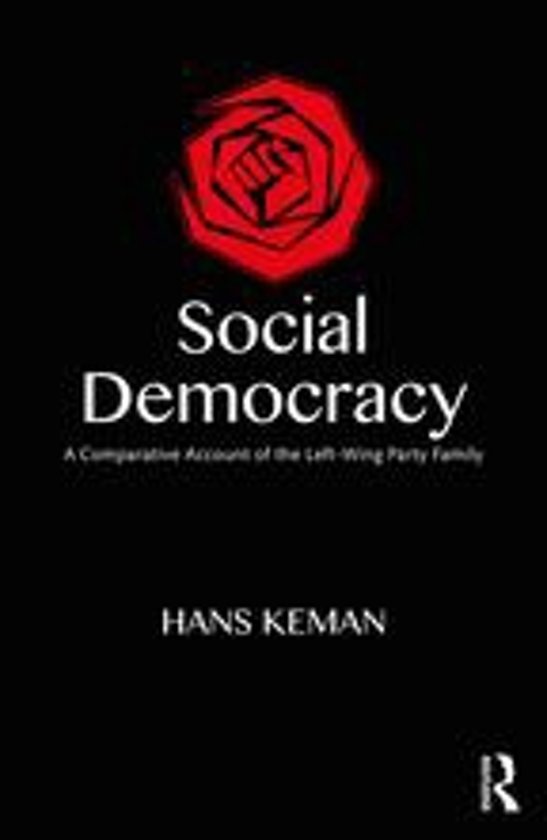 The Social Democratic party family is a central part of political life in the West. This book focuses on this party family as well as a unique political force in the industrialised world. It provides a critical comparative survey of when, where, how and why Social Democracy developed within established capitalist democracies. The book explains the electoral fortunes of Social Democratic parties, the influence of the party system dynamics and co-operation between parties in government. It examines the ideological tensions within Social Democratic parties between socialists and reformists and its ramifications for pursuing a better and kinder' world. This study also discusses the recent state of affairs and its mission in the 21st century. The book features a comparative analysis of 21 cases from Australia, Austria, Belgium, Canada, Denmark, Finland, France, Germany, Greece, Ireland, Italy, Japan, Netherlands, New Zealand, Norway, Portugal, Spain, Sweden, Switzerland, the UK and the United States. It will be of key interest to students and scholars of public policy, comparative politics, party politics and democracy studies.
Toon meer Toon minder

In this wide-ranging and thoughtful book, Hans Keman exploits an unrivalled knowledge of Social Democratic parties in 21 countries and their history to explain why this party family is in trouble. It is required reading for those who, like the author, really care about the answer.' - Chris Pierson, University of Nottingham, UK This book is a wise and deeply grounded analysis of the development of Social Democracy from its origins to the present. Hans Keman is a master at combining historical and statistical analysis, and in this book he draws on decades of research to make an immensely ambitious, wide-ranging and valuable contribution to our understanding of Social Democracy.' - Gary Marks, University of North Carolina at Chapel Hill, USA This is an impressive and encompassing collection of profound applications of all the relevant methods in comparative politics, in particular analyzing Social Democracy. This book resembles many of the most prominent European scholars in the field during the last three decades. A must read for each ambitious student in comparative politics and beyond.' - Wolfgang Merkel, Humboldt University and Science Center Berlin, Germany For long a favoured research topic, Social Democracy has been comparatively neglected in the last two decades. This masterwork by the doyen of scholars of Social Democracy fills that gap by providing a convincing systematic explanation of the rise and decline of the family of Social Democratic parties. Keman's book demonstrates that this development and a further decline would have far reaching implications.' - William Paterson, OBE, FRSE, Birmingham University, UK Grounded in his career-long rigorous research on why and how Social Democratic parties differ in their organization, policies and performance, Hans Keman has written the most informative and challenging account of Social Democracy available. By carefully tracing and comparing the histories of the parties, Keman brilliantly exposes their main achievements, mistakes, successes and failures.' - Kees van Kersbergen, Aarhus University, Denmark [A] must-read for anyone who is interested in the social democratic party family. The book offers a concise yet comprehensive account of the historical, programmatic, electoral, and governmental developments of social democratic parties in 21 advanced democracies. Conceptualization is innovative and the analyses are thorough and meticulous. This book represents comparative political science at its best! - Arjan H. Schakel, Maastricht University, The Netherlands. Book Review in Acta Politica, December 2018.
Toon meer Toon minder