The adventure of Starship Colonial continues in this second book of "The Storyteller' series. The Colonials explore new worlds searching for a new Earth, influencing and benefiting from every civilization that they encounter. Some remain behind to inhabit them, making for a wider, modern-style colonization.

The most visible trace of the book is the interaction with very powerful beings, those who decide the fate of the Universe.

A stronger plot of the story relates to people's behavior, being aliens or not, the specific way in which they react in various circumstances, always learning from their experience.

The Captain, Cathleen, takes her share of the action; she fails and succeeds throughout her adventures the way normal people do, and she learns to tame her emotions and instincts, to become more pragmatic, to cope with tougher, more demanding situations. She applies everything to her life, both on Starship Colonial and on Earth, and her achievements exceed her wildest expectations. However, her achievements are irrelevant if she does not fulfill the mission assigned to her by the people of Earth. Is her determination strong enough to fulfill it now, when she has everything she ever wanted?

Jack remains an interesting, puzzling character throughout the book, influencing unknowingly the life of many, accomplishing everything with the innocence of a child.

More characters emerge and develop from among the crew, the colonists, and from every world that they encounter.

Throughout the book, and throughout this whole series, there is a hidden, consistent trace of liberation from ignorant stereotypes, cold prejudices, predetermined norms, and irrelevant ideals. As opposed to real life where the great majority of people live life the way it is taught, some of my characters succeed in opening their eyes, grasping this way and understanding a wider truth. However, sometimes, binding defeats freedom, and my characters have to accept it helplessly, which makes for the credible, real, complex plot of the book. Enjoy! 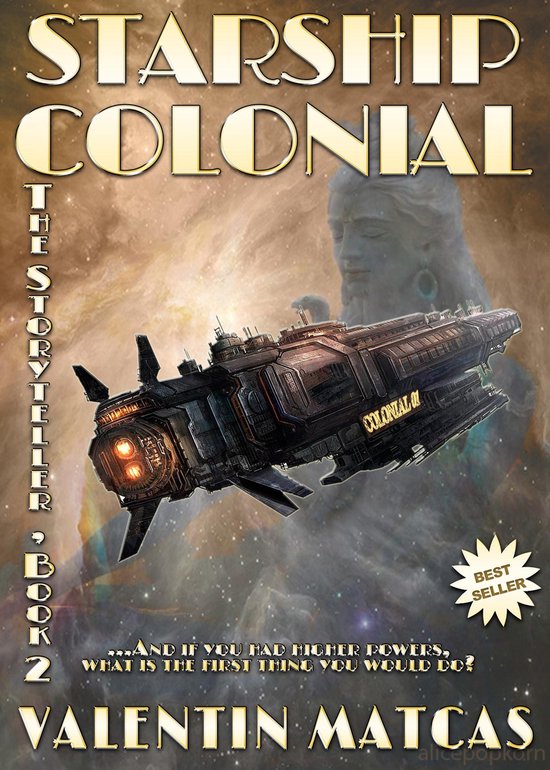