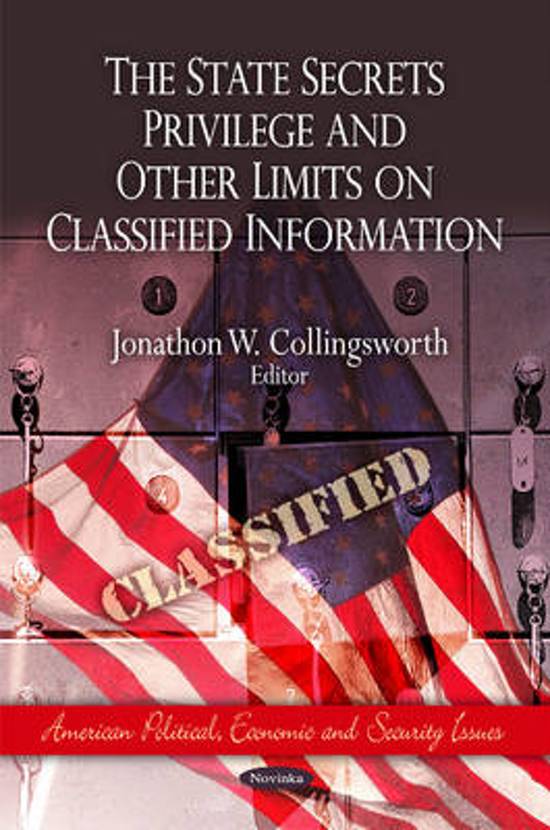 The State Secrets Privilege is an evidentiary rule created by United States legal precedent. The court is asked to exclude evidence from a legal case based solely on an affidavit submitted by the government stating court proceedings might disclose sensitive information which might endanger national security and military secrets in particular as in the case of United States v. Reynolds, the first case that saw formal recognition of the privilege.