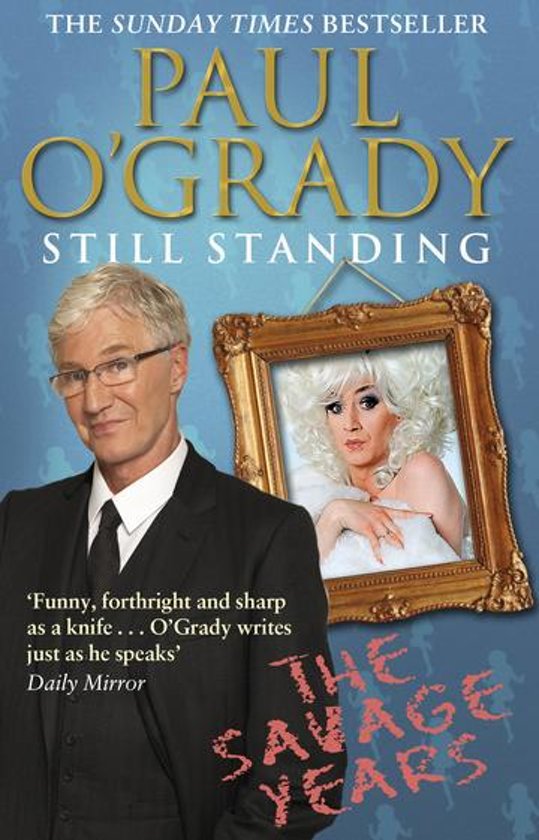 Paul O'Grady shot to fame via his brilliant comic creation, the blonde bombsite Lily Savage. In the first two parts of his bestselling and critically acclaimed autobiography, Paul took us through his childhood in Birkenhead to his first, teetering steps on stage. Now, in Still Standing , for the first time, he brings us the no-holds-barred true story of Lily and the rocky road to stardom. Paul pulls no punches in this tale of bar room brawls, drunken escapades and liaisons dangereuses. And that's just backstage at the Panto. Along the way, we stop off at some extremely dodgy pubs and clubs, and meet a collection of exotic characters who made the world a louder, brighter and more hilarious place. From the chaos of the Toxteth riots and the Vauxhall Tavern police raid, to the mystery of who shot Skippy and the great chip pan fire of Victoria Mansions, Paul emerges shaken but not stirred. Still Standing will make you laugh and make you cry. Some of the stories might even make your hair curl. But it stands as a glorious tribute to absent friends and to a world which has now all but vanished.
Toon meer Toon minder

As a narrator, stroppy of tongue but melting of heart, O'Grady still charms and tickles. The comic scenes with his truly mythological mum ( the Madame Defarge of Tranmere ; Columbo in a flannelette nightie ; Eleanor of Aquitaine with a chip-pan ) can touch the hem of Alan Bennett's robe... Leaves most fiction and history of the era in the dust. -- Boyd Tonkin Independent Paul O'Grady's life has already filled two excellent volumes... Still Standing is another enjoyable and colourful read. -- Roland White The Sunday Times Honest, funny and supremely readable. Sunday Express I absolutely loved it. Alan Carr O'Grady has a playwright's ear for dialogue, and his salty descriptions of raucous gigs in rundown pubs are a rude delight. Independent