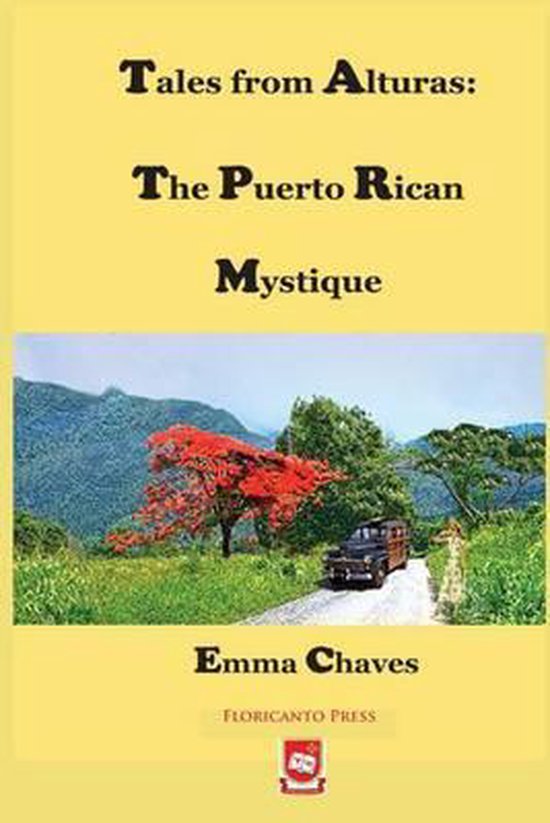 The feisty mountain people of Alturas, in the Cordillera Central of Puerto Rico, scratch and claw to survive in their beloved but devastated patch of God-given earth. During the early 20th century one calamity after another has caused hunger and misery to hover over this beautiful Island and its amazingly resilient people. The colorful characters depicted in these compelling and unforgettable tales seek happiness by spreading rumors, creating tales, accessing the spirit world, even seeing the sudden apparition of a loved one. Somehow, they must pick up the pieces of their shattered lives and continue to trudge forward with dreams and hope. "Without dreams," Lola tells her daughter, "it's impossible to live." The author has created a unique world in which universal themes, such as romance, love and loss, love for one's family and for one's homeland are pursued, as well as themes more specific to some groups than to others, such as machismo and discrimination. Tales from Alturas is Emma Chaves first novel. She immerses us in her narrative populated by multidimensional and realistic characters, often complicated and unpredictable, but more importantly, drawn from her ample and keen and ardent knowledge of the Island and her people; individuals more often than not, found in the typical Latino world. This is an outstanding novel about a colorful family chronicle of the struggles to endure in a difficult world caught between the past and uncertain emerging future. LatinoBooks.Net Emma Chaves's Tales from Alturas masterfully tackles issues that often plagues certain families, such as adultery, abortion, marital rape-which often is legal in the Hispanic world-and the sexual conundrums of marital life. She examines also machismo and attempted homicide by enraged people, who lose control of themselves. On the other hand, the soul of a novel is in its characters, in "Angelica de los Santos," she is a likable woman who bears children yearly, not uncommon in the Hispanic world. We feel compassion for a woman, in "Brunilda," saddled with the responsibility of caring of a retarded aunt. In "Lola the Widow Goes to Court," Chaves relates the story of a gutsy woman meeting the challenge of two brothers in court. Emma Chaves narrative and realistic descriptions of the various imaginary Puerto Rican villages and unique characters resembles the writing of Benito Perez Galdos, particularly in Fortunata y Jacinta, and similar to the approaches of Dickens and the French Realist novelists such as Balzac, as well. George Hoffman, Book Reviewer, Lector Emma Chaves was born in Brooklyn, New York, of Puerto Rican parents. She lived in a predominantly Puerto Rican neighborhood. At the age of 12 she moved with her mother and sister to the mountain town of Lares, Puerto Rico, for health reasons. In 1955, Emma moved to Miami, Florida, with her husband. She was the Center Director and Community Developer for the Community Action Agency in the predominantly Puerto Rican neighborhood of Wynwood, Miami. Emma has a Master of Arts Degree in Liberal Studies from the University of Miami. She has three children, four grandchildren, and a great-grandson. Emma has been active in several Puerto Rican community organizations and was one of the founders of the National Conference of Puerto Rican Women-Miami (NACOPRW) where she served as president for two years."
Toon meer Toon minder