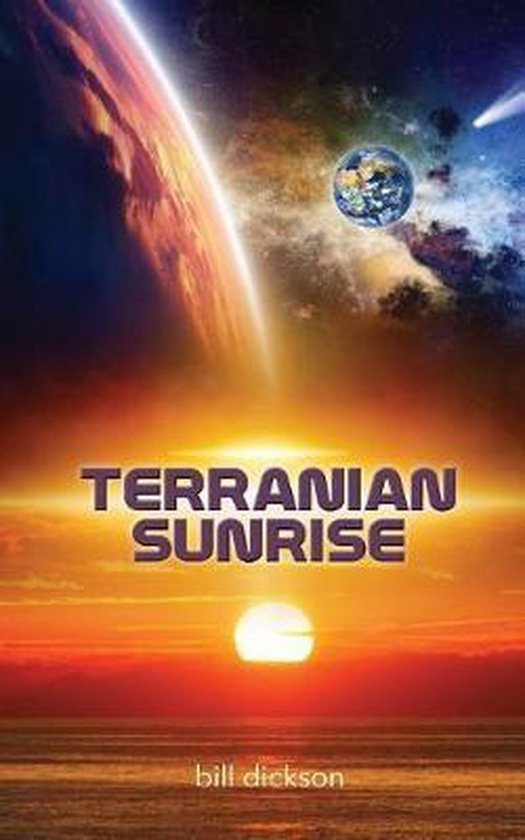 As the image on the holoscreen comes into focus, Kalar wonders how many more mornings he has left waking to a Terrainian Sunrise.Kalar Dien a thirty-one-year-old, holophisicist in New America in the year 2080 takes us on a journey with his sister Charin, his friend and co-worker Ben Adams, and a myriad of characters when they are commissioned by his employer and eventually the government, to assist in thwarting a threat to life on Terra.Terranian Sunrise:The story behind the story. This book is from my imagination and the result of over twenty years of musings and writings while sitting on the beach in the summertime in Ocean City, MD and Bethany Beach, DE. My name is Bill Dickson. I am an entrepreneur and am currently living in the Bethany Beach area of Delaware. As well as fiction and non-fiction book writing, I am also a musician and composer and have recorded, produced and published five music CDs to date. This book has been a part of me for many years. It started off one summer as a seed of an idea and I returned to it each summer only to lose the first half about ten years ago. I then decided to return to the writing, trying to pick up where I thought I had left off. Then I found the original first half and found that I was close but had forgotten some details. I merged the two parts, edited and revised the manuscript and continued. I finished the book at the end of the summer of 2016 and am happy to arrive at the end of the beginning of a series. The hardest part was to arrive at an ending for this first of at least three books. I sincerely hope you, the reader will enjoy the journey. Here is a little background on the characters and the nature of the world in which they exist. The main character is Kalar Dien (pronounced Kay Lar Dean). He is a scientist, specifically a holophysicist. A holophysicist deals with the nature of holograms and the development of holograms for use as technological aids and media. His sister is Charin, (pronounced Chair+In) is about three years older and is the leader of a church named Chryslyx. The year is 2080 and in many ways, it is similar to our present time. The story follows Kalar's life as he enters the corporate world and is pulled into governmental and world security matters. A myriad of characters travel the book with Kalar. Lost loves, new loves, his wise grandfather, his boisterous boss, his quirky friend Ben Adams and his spiritual sister Charin. When I began writing this book the year was 1994. I am a little taken aback by how many of the technological as well as political similarities have unfolded. I graduated college in 1992 with a degree in philosophy and I am sure my life experiences, as well as my education have a great deal to do with what my vision of the future is to be. Although some of the prophetic musings have come to be already, only time will tell how truly prophetic the rest of the story unfolds. For me, it is a journey of imagination as well as my understanding of the nature of the direction of what seems to be a logical next evolution of time on Earth or as this book refers to our planet - Terra. Thank you for coming into my imagination. Lets begin.
Toon meer Toon minder