That They All May Be One Words Often Spoken - Seldom Lived 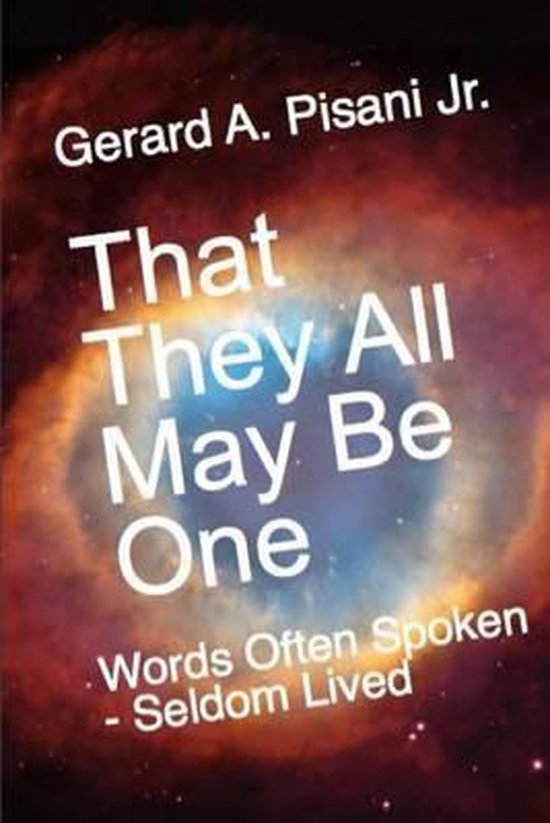 Why I wrote this book: As a retired Episcopal priest, continuing my research in two favorite areas of interest (Science and Religion), I noticed the growing conflict that seems to exist between them, especially after the Middle Ages and The Enlightenment. The early vision of the world was quite simple, a three tiered universe with earth at the center, the gods above in heaven with the sun, moon and stars influencing the earth, and the netherworld underneath below. Most of human knowledge and understanding was based on imagination, inspiration, and revelation. The scholars and philosophers of the day offered a variety of thoughts and explanations as areas of influence and control grew within the inhabited world. Throughout the Middle Ages, and after The Enlightenment, the divide among people became even wider and more divisive. Science, based on observation, hypothesis and theory, gave us tools that led to verifiable facts bringing a power of certainty to the field. With the invention of the printing press, growth in land ownership, the industrial revolution, religious Reformation, a growing breach in knowledge and understanding was expansive. Then, with the expansion of civilization, the ease of travel and communication, nations began to form that encourage more isolationism with differing philosophies and religious ideas and ideals. Sensitive to these continuing divisions, especially between Religion (imagination, inspiration and revelation) and Science (observation, hypothesis and theory), that I believe are essential to our living well as people, I wrote this book That They All May Be One. I believe that we absolutely need the three "graces" that religion and science bring to our "Open Table" of knowledge and understanding, to solidify a "Holy Communion" that is a growing necessity so that we all may become one on this earth, our island home.
Toon meer Toon minder