Thats How The Game Goes 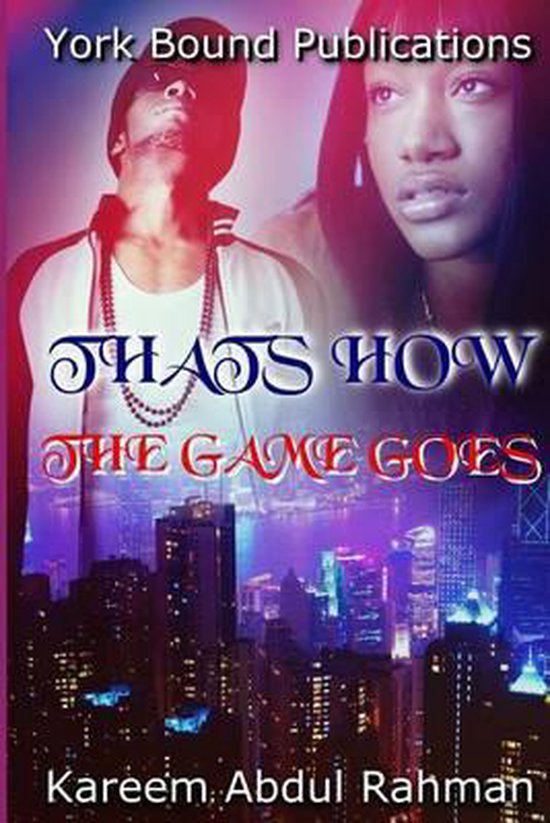 Some people want money. Some want power. Some want respect. Most want it all! To have it all you have to be willing to do whatever it takes to get it. Once you get it you have to be willing to do even more to keep it! Jay-r is a kingpin in the streets of Philly. He's made more money in the street than he will probably ever be able to spend in a lifetime. There's just one problem. He's addicted to the street life and has no plans to ever quit hustling, even though at this point he's just doing it out of habit because he doesn't really need the money. This causes problems between him and Taneka, his kid's mother. Taneka is tired of the life they live and she wants out, with or without him. Jay-r decides to give the game up in order to make her happy and keep his family together. He puts his money and energy into the rap group he manages M.O.E. Once he puts his hustler's mentality into the music business things take off quickly and M.O.E are on their way to the top, but old beefs resurface and new ones develop and the streets aren't ready to let them go just yet. Jay-r and his team prepare for one last war to put an end to all beefs once and for all! The drama in the streets bring the FEDS and once the FEDS get involved everyone's loyalty to the team is tested. They find themselves in a war in the streets and trying to stay out of the FEDS grasp, while trying to make music at the same time. Will Jay-r and M.O.E be able to make it out of the game or become another statistic in the streets of North Philly?................... Coupe is coming home from prison after being locked up 15 years. He was locked up for putting in work for the hood and he feels that the hood owes him something when he gets home. He doesn't get the welcome home he was expecting and he's feeling some type of way about it. Nobody from the old days are around anymore and the hood is controlled by a new generation. Coupe wants his respect and he wants his hood back. He rounds up whats left of the older cats in the hood that are still alive that he knew before he went away and recruits some youngins to his team. Coupe goes straight to work extorting anyone who isn't down with his team. He takes the hood back by force, killing anyone who refuses to pay him ''hood tax.'' Coupe plans to branch out and take over the whole city of Philadelphia, but some people just ain't having it! An all out war erupts in the street for control of the hood!............. Ki Ki has been on her own since she was a teen. She learned the ways of the streets quickly and now as an adult she has perfected her game. Ki Ki wants to live life like a baller. Or at least have people think that she is. She does whatever it takes to maintain her baller status. She steals, robs, and sleeps with numerous dudes for money. She will do anything to make a buck and until she finds a man that can finance her expensive lifestyle she is going to continue to do what she does best.....trick and steal. She has become an expert on getting dudes sprung on her sex and head game. She thinks she has finally hooked a big fish when she gets with Jay-r. She knows very well what he could do for her. After they start spending lots of time together she mistakes lust for love. In her mind she is in the perfect relationship. When Jay-r goes back to Taneka Ki Ki is heartbroken. She feels that she's been played and she promises revenge! She told him once before ''Don't ever try to cross me.'' Now she is going to show him exactly what she meant by that!............ Federal District Attorney Harper wants out of Philadelphia. He wants to be in D.C. with the power players so he can advance his career into something bigger like politics. As far as he is concerned Philly is to small a market for him to get his career to where he wants it to be. He's sure that if he can make one big R.I.CO drug case against a major kingpin it will put him on the fast track to D.C. He will do anything to make that case happen!
Toon meer Toon minder