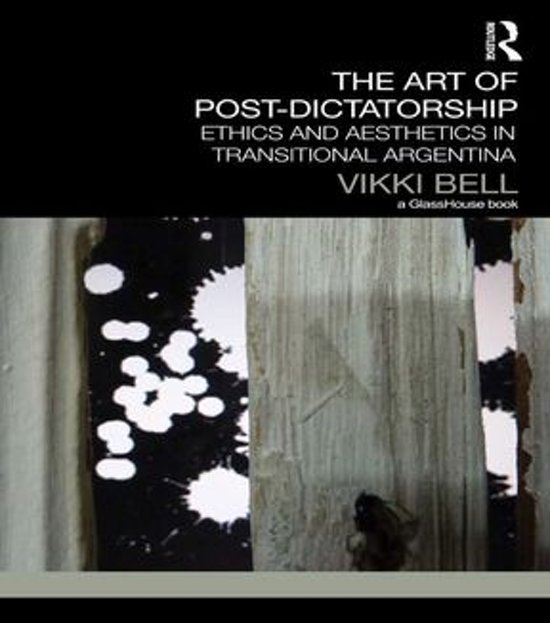 Since the end of the last dictatorship in 1983, Argentina's visual artists and art-activists have been central to campaigns to demand the criminal prosecution of those initially granted amnesty and to a variety of commemorative projects. In The Art of Post-Dictatorship: Ethics and Aesthetics in Transitional Argentina Vikki Bell examines this involvement and intervention. She argues that the problematics that arise within the aesthetic realm cannot be understood solely through an art-historical approach; instead, they must be understood as a constitutive part of a broader collective endeavour. In this sense, the "art' of post-dictatorship is not something that belongs to art or the artists themselves, but is about how the subjectivities and imaginations of new generations are constituted and entwined with questions of response, ethics and justice. It concerns how people align themselves between the past and the future.


This book will be an invaluable resource for those studying the law, politics, art and sociology of contemporary Argentina as well as those concerned more widely with transitional justice and the politics of memory.

'Vikki Bell's Art of Post-Dictatorship beautifully redefines transitional justice after state violence by making present for us the ethics of critique in worlds that have been violently overrun by military power. She forcefully analyzes spaces of creative possibility, both to inhabit the inequities and ruptures of authoritarianism, but also to make visible the complexity of suffering when the state turns against you. The quality of attention and imagination that Bell brings to Argentina shows us how pedagogical and creative engagement make anew forms of ethical consciousness that have the capacity to break open hierarchies and institutions of power. Bell's artful treading through the mnemonic landscape does not dwell, and instead looks forward to a more profound understanding of justice.' Macarena Gomez Barris, Associate Professor of American Studies and Ethnicity, University of Southern California 'Barely a week before the military coup that plunged Argentina into the darkest period of its history, Vikki Bell reminds us in this fascinating book, Michel Foucault gave a seminal lecture on biopolitics and the State at College de France. The Art of Post-Dictatorship crafts a similar mode of contemporariness between current critical theory and Argentina's arts of memory', which over the last decades have explored alternative ways of mourning and passing judgement. Reading across different visual and performative registers, Bell excels in drawing out the theoretical, indeed political, dimensions of the aesthetic.' Jens Andermann, Professor of Latin American and Luso-Brazilian Studies, University of Zurich 'In this book, Vikki Bell analyzes the leading artistic works that, through photographs, writings, collages, documentaries, and architectural interventions, have addressed the serious human rights violations committed in Argentina in the seventies. With intelligence, she traces the intricate folds of this creative production, reveals the contexts in which it emerged and examines the strategies of meaning that were brought into play to confront the violence, absence and loss. Through her acute observations she shows us how art uses the imagination, beauty and emotions to explore and try to understand a past of violence and pain.' Emilio Crenzel, CONICET, Universidad de Buenos Aires
Toon meer Toon minder