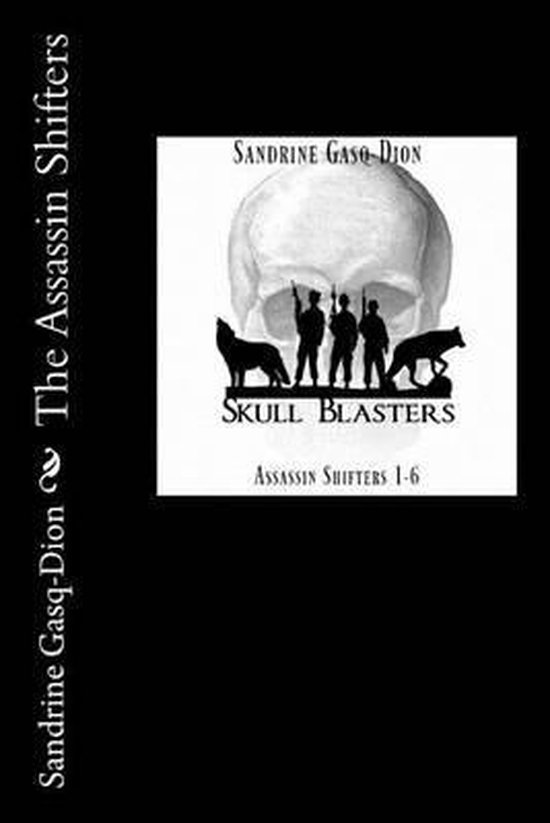 Mateo Esposito loves his job. Hired assassin for the U.S. Government, he takes lives and he kicks ass with no mercy.When a job lands in his lap that's just not quite right, Mateo finds himself questioning orders for the first time in his career. Who would have known he'd be undone by a purple hippo... Riley Flynn is CEO of Flynn Electronics. Deep in his closet, Riley wonders what it would feel like to be with a man. When his path crosses with Mateo's, their lives will never be the same. Because, Riley is Mateo's next target.... ~ Alaska With Love Josh Montgomery is a red-blooded American male that loves his job and loves women even more. Part of an elite team run by General Derek Jacobs, Josh and his fellow assassins take pride in their jobs. When one Assassin gig turns into a rescue mission on the side, Josh's life is turned upside down by the man he rescues. Now, he has to take a good long look at who he really is. With the help from his friends Mateo, Riley and Troy, Josh tries to understand what he's feeling. Mark Patterson joined Doctor's without Borders to do good in a foreign country. Little did he know a maniacal drug lord would kidnap him and use him to deal drugs, among other things.... Without any hope of rescue, Mark resigns himself to his prison. Until early one morning when he's rescued by a blonde God. Josh Montgomery is tall, light and beautiful....and straight. Being in close quarters only makes things harder on both men, will Mark get his man? Will Josh take a chance.... In the wilds of Denali Forest the two men come together, but is it for good? Or will Mark's past drive them apart?BY THE LIGHT OF THE MOONDakota Cadotte is on the run and alone. Forced out from his pack by the Alpha for being gay, Dakota fends for himself in the Denali wilderness. When he ventures too far away from his safe zone, he's put right in the path of a truck on the highway and right into the arms of Sam Waters. The two hit it off immediately as man and wolf, but Dakota fears Sam won't be so understanding when he sees what he truly is. When Dakota shifts in front of Sam, the sparks fly, but Dakota's past and pack threaten their new-found relationship. HALF MOON RISINGThey say you can never go home... After more than a decade, Troy Bishop is going home to the family he left behind when his parents died. Little does Troy know, he's about to get a lot more than he bargained for.... Sawyer Quinton has been waiting for his mate for as long as he can remember, and was beginning to think he'd never find him. Until Troy Bishop walked back onto the Reservation. The attraction is immediate for both men, but one is hiding a secret and the other must finally open is heart. Sometimes you can't go back home....and sometimes when you do...you never leave. BEST LAID PLANSThe men of the super-secret Skull Blaster unit have put down their weapons long enough to find love - and even husbands - from Arizona to Alaska and the Olympic Peninsula. Now their new families and friends are hoping to find their own happily-ever-afters. Werewolf Sawyer Quinton’s brothers have finally found their mates in the Drake brothers, Dakota’s former packmates. Things get off to a rocky start but love conquers all. Or does it? Can the Drakes overcome the gay bashing they suffered at their father’s hands and be true to themselves and the men they love? Or are some lessons just too hard to unlearn? FOR THE LOVE OF CADEN Caden Fournier has everything: Money, fame and an international business that's skyrocketing. But the one thing he really wants, money can't buy: Love. When fate puts him in the path of a speeding semi, Caden meets handsome paramedic Kellan Brady. Kellan Brady has been waiting for his mate for as long as he can remember. Always wanting the fairy tale of true love, he ends up instead with an injured and angry Frenchman pinned in his BMW. If they can get past their rocky start, can the two men build a relations.
Toon meer Toon minder