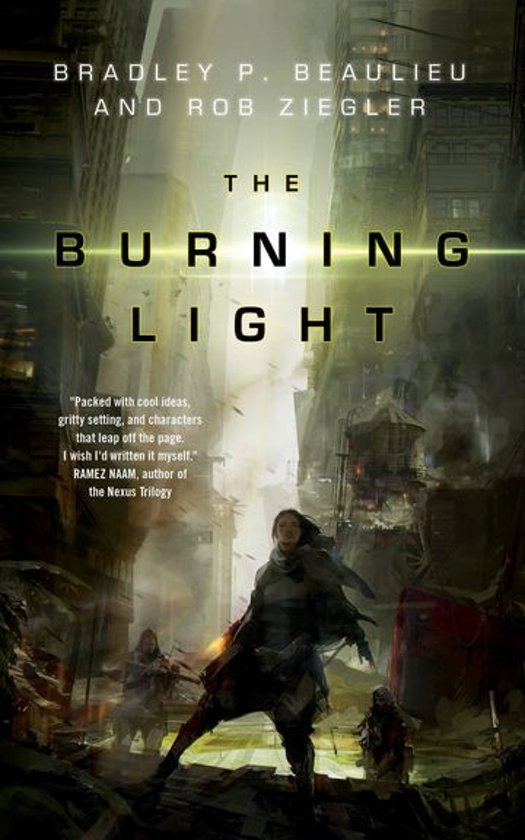 Disgraced government operative Colonel Chu is exiled to the flooded relic of New York City. Something called the Light has hit the streets like an epidemic, leavings its users strung out and disconnected from the mind-network humanity relies on. Chu has lost everything she cares about to the Light. She'll end the threat or die trying.


A former corporate pilot who controlled a thousand ships with her mind, Zola looks like just another Light-junkie living hand to mouth on the edge of society. She's special though. As much as she needs the Light, the Light needs her too. But, Chu is getting close and Zola can't hide forever.


The Burning Light is a thrilling and all-too believable science fiction novella from Bradley P. Beaulieu and Rob Ziegler, the authors of Twelve Kings in Sharakhai and Seed.