The Cambridge History of Libraries in Britain and Ireland 3 Volume Paperback Set Volume 2: 1640-1850 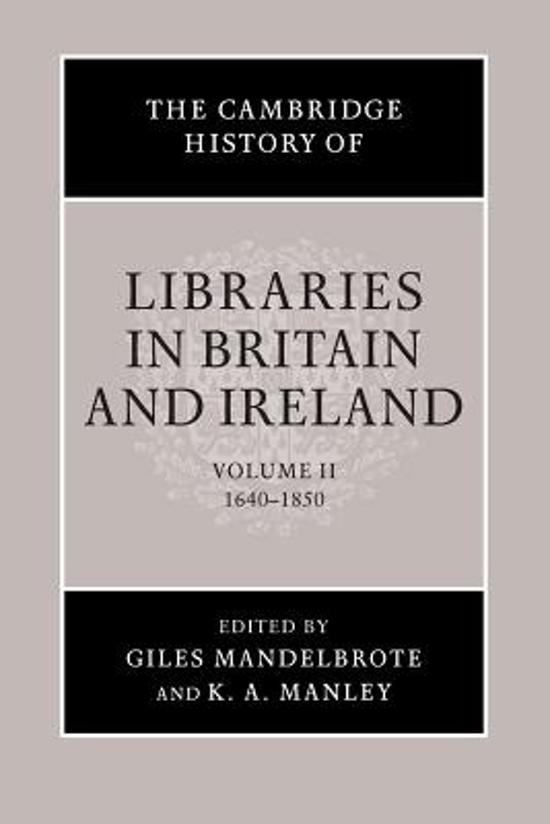 The Cambridge History of Libraries in Britain and Ireland describes the development of libraries in Great Britain and Ireland over some 1500 years, and their role as a part of the social, intellectual and cultural history. In addition to obvious links with the history of books and literature, the volumes include consideration of education, technology, social philosophy, architecture and the arts, as they have affected libraries. The significant international dimension, which has affected British and Irish libraries from the Middle Ages to the present, receives due attention. Other themes considered in each volume include the housing, storage and maintenance of books and other material; the individuals responsible for their care and those who used them; developments in provision, organization and cataloguing; and the principles and attitudes - of librarians and users - which such developments reflect.
Toon meer Toon minder

'... a substantial and well-produced volume ...' Library and Information History