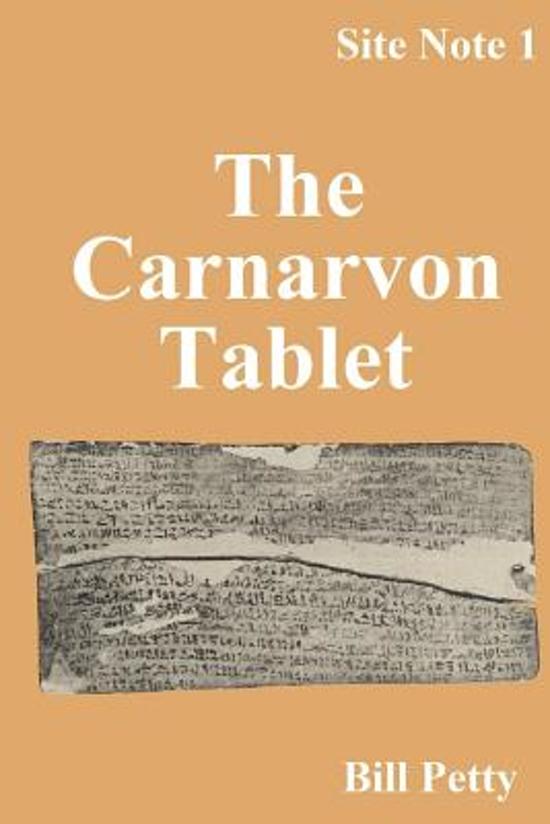 In 1908, prior to his association with Howard Carter, Lord Carnarvon discovered a wooden tablet near the entrance of a tomb he was excavating. This inauspicious object, left in a basket in the Chief Inspector’s office, turned out to be the most important inscription of the first 20 years of the 20th Century. It was studied and debated by scholars for years until 1932 when corroborating evidence for the story it told was uncovered. This booklet relates the events surrounding the tablet's discovery, offers extensive quotes from several of the more important articles published at the time, and provides a detailed translation of the text on both sides of the tablet. “The Carnarvon Tablet” is the first in Museum Tours Press’ new series “Site Notes” which takes an archaeological site, a monument, or some other item of special interest and examines it thoroughly.About the author: Bill Petty earned his PhD in Engineering and has been an avocational Egyptologist since 1990. He has traveled and worked extensively in Egypt and published nine books on various aspects of Egyptian history and language.
Toon meer Toon minder