The Death of Peter Pan 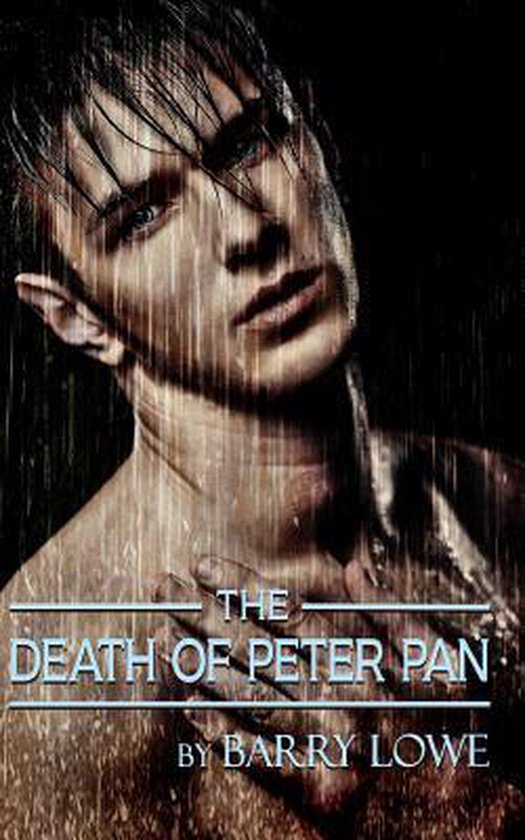 To fall in love, really in love, would be an awfully big adventure. Renowned Scottish playwright, James Matthew Barrie, lies abed, unable to sleep, dreading the anniversary of one of the most tragic moments of his life. Lulled by the persuasive power of the syringe, he falls into a fitful sleep as the events play out in his mind. It's Armistice Night in London and Michael Llewelyn Davies, one of Barrie's adopted sons and one of the models for Peter Pan, celebrates with friends when he runs into the mysterious Rupert Buxton. They meet again in Paris, and later at Barrie's retreat on the Scottish island of Eilean Shona where the relationship between the two men becomes passionate. Will their love survive the censure of 1920s England, and will it destroy James Barrie's reputation? Love sometimes has tragic consequences. Based on a true story. Excerpt: BARRIE: (addresses the audience) I miss them, my poor dead boys. I should like to see them one more time but I know that no one should come back no matter how much he is loved. But I did dream that Michael came back to me. I dreamed we had an extra year together and during that time we lived quite ordinarily though strangely close to each other. I did some things that I had wanted to do before but until then had not dared do. I had fears of spoiling him and struggled not to do it. In agony I let him go away sometimes, to live the ordinary life of youth. The sound of fireworks and merriment. Eton. Armistice night: November, 1918. BASSETT, SENHOUSE and MICHAEL LLEWELYN DAVIES stagger on slightly drunk, banging tin bath tubs. Other sounds of celebration off. BASSETT: Righto, Davies, down on your knees and thank your own particular gods the war is over just one day before your call-up. SENHOUSE: I don't really think James Barrie had anything to do with it, Bassett. MICHAEL: I should not be a bit surprised if old Uncle Jim did have something to do with ending the war. BASSETT: Confound his interference And just as we were winning, too. They all laugh. SENHOUSE: And where is the gentleman who is the topic of our conversation? MICHAEL: In Paris. In the thick of it. BASSETT: Heaven help our fighting men. SENHOUSE: You can be a frightful bounder sometimes, Bassett. MICHAEL: He set up a hospital and nursing home in memory of my brother George. BASSETT: I say, Davies, I am awfully sorry. I was only teasing. Sound of fireworks. MICHAEL: Let's go and watch the fireworks. BASSETT: You know what the Housemaster said about being back in our rooms by curfew. SENHOUSE: Don't be such a wet blanket, Bassett. Nobody is taking any notice of the rules tonight. I'll wager even the Housemaster himself will be at the fireworks. I'm game if you are, Davies. MICHAEL: I'm game. What about you, Bassett? BASSETT: Oh, all right. But we mustn't be too late back. They whoop and rush about. Michael accidentally bumps into a stranger who has appeared. RUPERT BUXTON is dressed as an aesthete. Michael has run into Buxton but it is Buxton who apologises. BUXTON: I do beg your pardon, that was most careless of me. He smiles and moves on as Michael and the others glare at him. BASSETT: Did you see the way he dresses? SENHOUSE: And that hair BASSETT: I should like to give the scoundrel a good thrashing. He brings Eton into disrepute. Buxton turns to address them. BUXTON: Ah, but I do not attend Eton, my good sirs. I come from Harrow. SENHOUSE: Come on, Davies. We'll miss the best part of the fireworks. MICHAEL: You go ahead. I'll be along presently.
Toon meer Toon minder