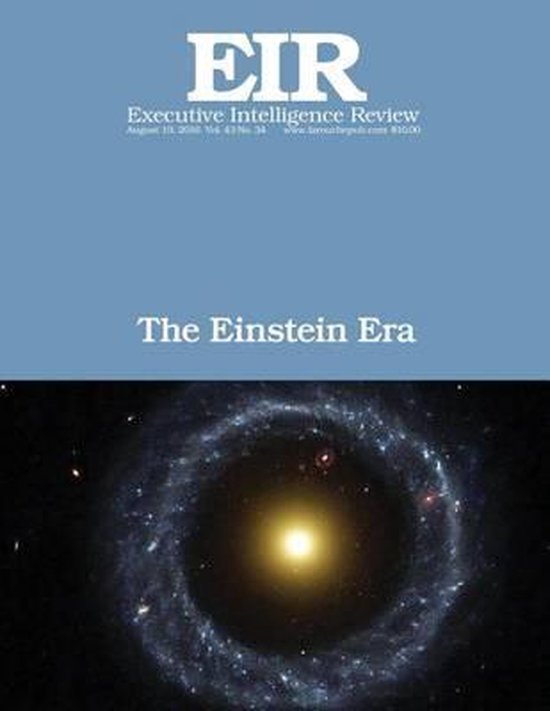 Aug. 13—The establishments in the various European countries—one can’t call them elites—are currently confronted with a wide array of impressions that they obviously haven’t come to terms with yet. To come to the point: Europeans who are stuck in the old Eurocentric mode of thinking are experiencing a clash between their ideology and reality. The so-called “mainstream” politicians and media are lamenting the growing number of crises—Brexit, the EU and Euro crisis, the banking crisis, the flood of refugees, terrorism, anti-globalization movements—with no capability or readiness to recognize and deal with their own false assumptions that have contributed to these crises, or even to correct them.We are currently experiencing the process of change to a totally new strategic alignment, in which the center of gravity has long since shifted to Asia, where a new alliance network, bound together with a common vision of the future, is developing. Almost three years late, several financial publications have discovered that China, with its program for a New Silk Road, has brought about a perspective for development embracing 64 countries and 4.4 billion people, which in absolute dollar amounts ($1.2 trillion) is 12 times larger than the Marshall Plan in today’s purchasing power, and which already includes 40 percent of the world economy.“The fact that this is a 30-40 year plan is remarkable, as China is the only country with any long-term development plan, and this underscores the policy long-termism in China, in contrast to the dominance of policy short-termism in the West,” former IMF economist Stephen L. Jen told Bloomberg in an interview August 7.In contrast to China, the results of a study by the McKinsey Global Institute show that the living standards of 70 percent of the population in the 25 most important industrialized countries shrank from 2005 to 2014, and that future generations are threatened with growing impoverishment. Meanwhile, China had freed 600 million of its people from poverty between 1981 and 2008, helping them to reach a good standard of living, and the process has continued ever since.
Toon meer Toon minder