The Enchantment of the Fairies The Blue Book 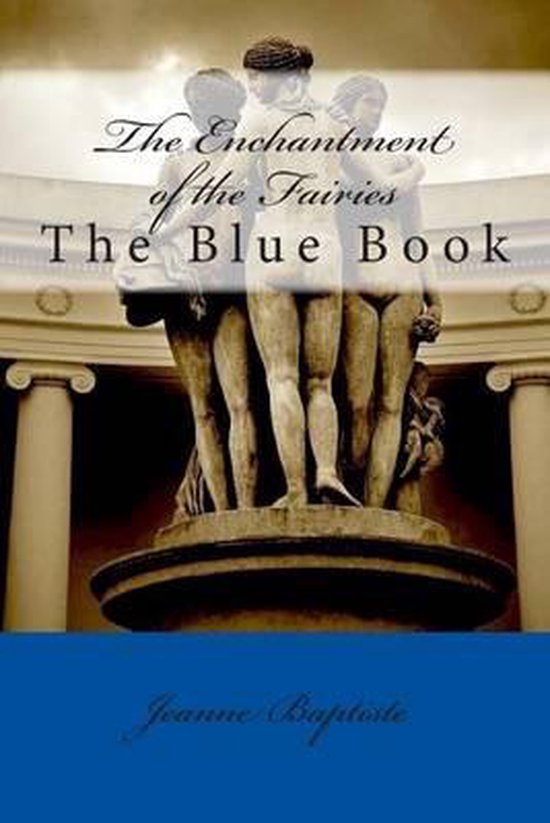 Since the dawn of time, our ancestors discovered a path of light in the skies that seems to point directly to the end of the world, Cape Finisterre, in Spain. This path of stars is nothing else but our own Galaxy, the Milky Way. Christian and pagan pilgrims alike have followed this path in the search for the meaning of life. For many generations, Celtic pilgrims crossed Europe to reach the coast of Finisterre to worship the sun; this was the end of their journey. According to their beliefs, this place was the end of the world of the living, at the other side of the Atlantic Ocean was the world of the dead. This ancient pilgrimage is known as the Way of Saint James (El Camino de Santiago); and this is the story of one of its many pilgrims. Deep in the forest of the Ardennes, a twelve-year-old boy, named Philipp, lives happily with his mother and siblings. However, that year the winter had been exceptionally hard and long, his mother struggles to feed the family and fearing for the lives of her children, she sends Philipp to work as a servant at the house of a wealthy family; this is the beginning of his journey.Leaving his small village behind, Philipp travels to Aachen, Capital of the Holy Roman Empire, at this place, he has a date with destiny; a totally unexpected story unfolds when the young man finds out the secrets of his origin, discovering among other things that his mother is not just a common farmer, but she was once a priestess of a mysterious cult.From his humble beginnings, Philipp grows to become a mayor military figure at the court of Charlemagne; he embraces the way of life of his new home, championing Christianity wherever he goes. But destiny and love will teach him a lesson, that there is more in this world than your eyes can see and your hands can touch, and that behind every religion; Christian or pagan, the truth lies hidden.Paranormal Historical, Fantasy Romance, Coming of ageThe Enchantment of the Fairies SeriesFate and reincarnation were two common concepts in the ancient world; cultures such as Celts, Greeks and Hindus based their religions entirely around these believes. Fate is defined as a predetermined course of events; a predetermined future, it is the concept that there is a fixed natural order to the cosmos, where nothing happens by chance. Meanwhile, reincarnation is the concept that after our biological death our soul begins a new life in a new body, and it keeps returning to this world an infinite number of times.The Enchantment of the Fairies is a fantasy Series that explores these two interesting concepts in the context of a beautiful and fascinating tale: the romantic story of Jana and Philipp. The main events take place in the European city of Aachen, heart of the Empire of Charlemagne, at a time when the ancient religions are in transition of being replaced by Christianity, the story presents the struggle and reconciliation of the old traditions trying to survive while they are in the process of being destroyed or absorbed into the new faith.The story consists of two books named Red and Blue respectively. Red is the story told by the perspective of the boy while Blue is that same story retold by the perspective of the girl. The two stories blend perfectly and seamlessly, the reader may chose to read the books in any order he chooses, each book is a complete story on its own. Each book follows the life of its main character from childhood to adulthood, presenting a breathtaking view of their dreams, aspirations and the main events that shaped their lives and personalities.Despite the name, the book is certainly not a children's fairytale, it targets young adults, but the lovable story appeals to everyone to enjoy, it is a mix of adventure and romance with a background of Magic and Mysticism.http://jeannebaptiste.wordpress.com
Toon meer Toon minder