The End of Plenty the race to feed a crowded world 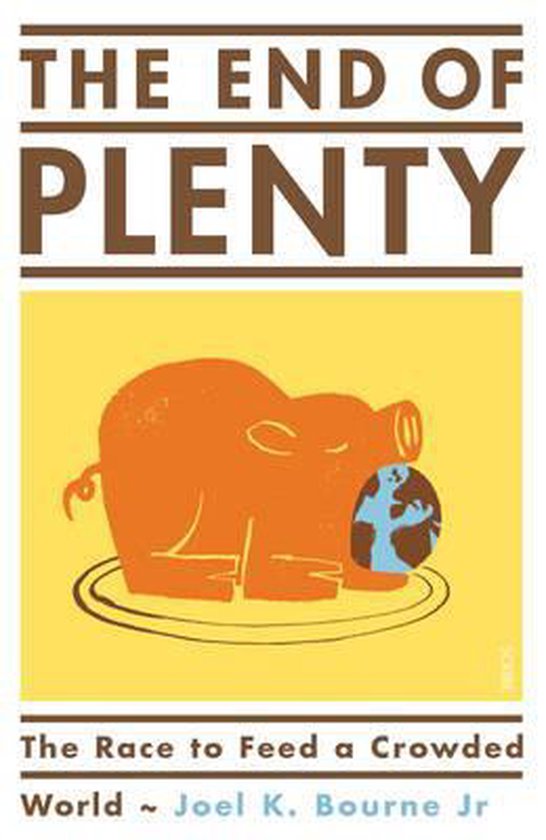 An award-winning environmental journalist introduces a new generation of farmers and scientists on the frontlines of the next green revolution. When Malthus famously outlined the brutal relationship between food and population, he never imagined the success of modern agriculture. New seeds, chemicals and irrigation, coupled with free trade, drove the greatest global population boom in history - but left ecological devastation and an unsustainable agro-economic status quo in their wake. Now, with a greater number of mouths to feed than ever before, tightening global food supplies have spurred riots and reform around the world. Joel K. Bourne Jr. takes readers from his family farm to international agricultural hotspots, searching for new solutions that can sustainably feed us all. He visits young corporate farmers trying to restore Ukraine as Europe's breadbasket, a Canadian aquaculturist channelling ancient Chinese traditions, the agronomist behind the world's largest organic sugar-cane plantation, and many other people and groups, large and small, who are racing to stave off a Malthusian catastrophe. Part history, part reportage, part advocacy, The End of Plenty is a wake-up call for anyone concerned with what the coming decades will hold for our planet and its inhabitants if we don't take action.
Toon meer Toon minder