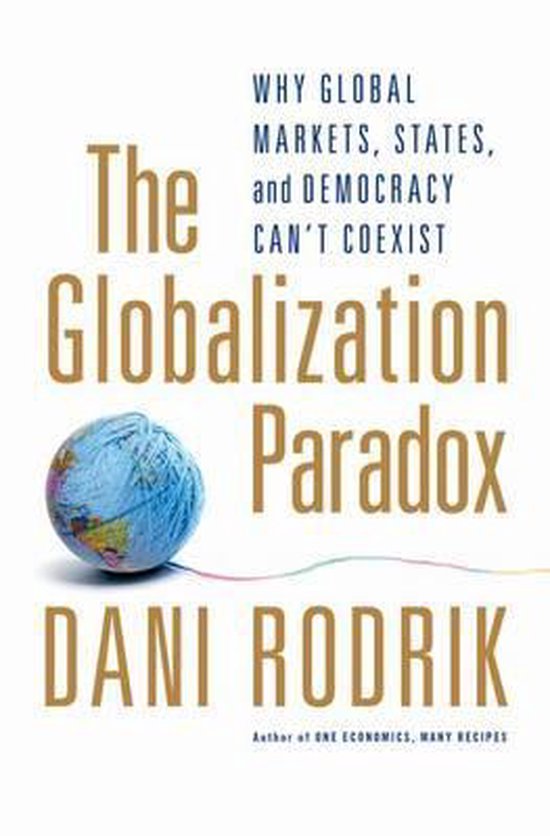 "Dani Rodrik (born August 14, 1957) is a Turkish economist and Ford Foundation Professor of International Political Economy at the John F. Kennedy School of Government at Harvard University. He was formerly the Albert O. Hirschman Professor of the Social Sciences at the Institute for Advanced Study in Princeton, New Jersey. He has published widely in the areas of international economics, economic development, and political economy. The question of what constitutes good economic policy and why some governments are more successful than others at adopting it, is at the center of his research. His works include Economic Rules: The Rights and Wrongs of the Dismal Science and The Globalization Paradox: Democracy and the Future of the World Economy. He is also joint editor-in-chief of the academic journal Global Policy.

For a century, economists have driven forward the cause of globalization in financial institutions, labour markets, and trade. Yet there have been consistent warning signs that a global economy and free trade might not always be advantageous. Where are the pressure points? What could be done about them? Dani Rodrik examines the back-story from its seventeenth-century origins through the milestones of the gold standard, the Bretton Woods Agreement, and the Washington Consensus, to the present day. Although economic globalization has enabled unprecedented levels of prosperity in advanced countries and has been a boon to hundreds of millions of poor workers in China and elsewhere in Asia, it is a concept that rests on shaky pillars, he contends. Its long-term sustainability is not a given. The heart of Rodrik’s argument is a fundamental 'trilemma': that we cannot simultaneously pursue democracy, national self-determination, and economic globalization. Give too much power to governments, and you have protectionism. Give markets too much freedom, and you have an unstable world economy with little social and political support from those it is supposed to help. Rodrik argues for smart globalization, not maximum globalization.
Toon meer Toon minder