The Gold of Mansa Musa Seeds from Heaven Part 2 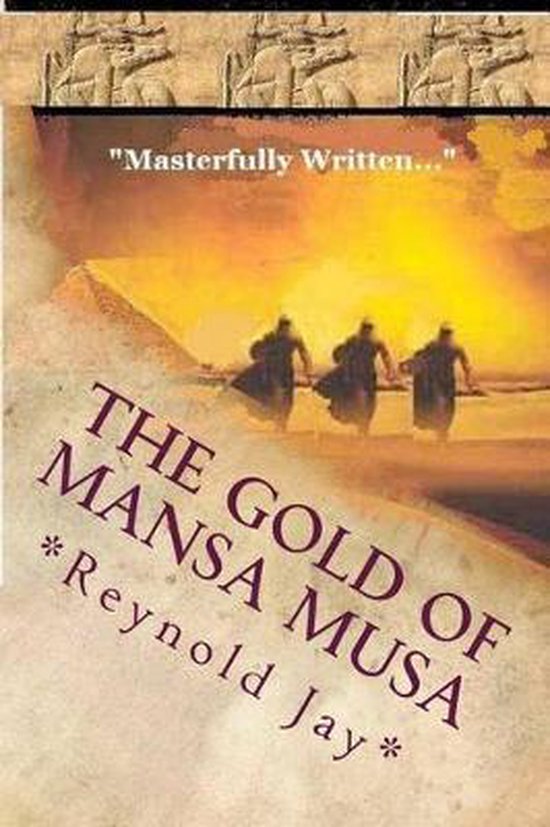 The Lancaster family possess divine “gifts” however have no knowledge that they have been chosen (Seeds from Heaven) to alter the course of mankind. Ci, the third seed, is the talented and beautiful daughter of Raymond Lancaster, self-made wealthy CEO of present day RL enterprises. Having just graduated from college she searches for her identity in a grown-up world--a world fraught with danger and intrigue. In her first venture from Springfield she embarks with her boyfriend Quentin Crockett and Ramazani a mysterious Bantu business associate for the excursion to Egypt to visit the tourist attractions and to go on a "dig" with Quentin's archeologist father, Professor Crockett who works at Bacchias, a third rate attraction near Cairo. Professor Crockett and his friend the antique dealer Amr stumble upon an ancient African Parchment and become partners in the wealth that it may bring. Amr is tortured and killed by the giant Russian henchman Dr. Ivan Vladmir and sets off to kill Professor Crockett who is holding the Parchment. Detective Ahman El Saadawi, an Egyptian homicide detective from Cairo visits the antique shop and begins the investigation. He soon discovers that a radical cult leader Abrirashid ali Pashas is behind the murder and attempts to thwart the plan to murder the Professor for the African Parchment and the treasure of Mansa Musa. The adventure begins when Ci and Quentin arrive in Cairo where they are swept into a web of intrigue that leads them throughout Egypt as they attempt to make sense of the murder of Quentin's father. They decide to find the whereabouts of the Parchment and then search for the treasure more for the memory of Quentin's father than the wealth. They are taken into confidence with the Secret Service and become a part of a plan to save Egypt from the gathering army on the Libyan border that uses the Pyramid of Ra, God of the Sun as its stronghold. Detective Ahman is drawn into the intrigue and acts as a double agent and body guard as the trio is threatened by the brutal giant Russian henchman. Ci and Quentin discover more about themselves and the path to love as they are confronted with obstacles deceit, and double-crosses. Nobody can be trusted, nothing is ever as it appears and the fanatical Russian and the Brothers of the Falcon dog their steps at every turn. Ci reaches deep within herself to find a courage and resilience that was unknown until she was drawn into this gritty adventure.
Toon meer Toon minder