The Great Secret An Intergalactic Tale of Madness, Obsession, and Startling Revelations 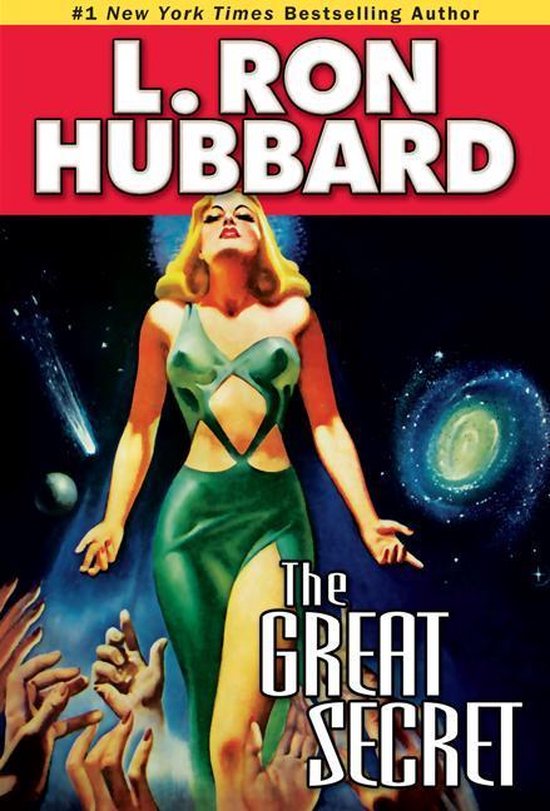 Women. Liquor. Power... Women. Liquor. Power... That is Fanner Marston's mantra—his reason for being—and while he knows a little about the first and a lot about the second, he may well be on the verge of learning everything there is to know about the third. Power. He may, in fact, be about to uncover the key to gaining absolute control over the entire universe. The only problem is, Fanner is certifiably insane—a crazed Peter Lorre on a power trip….


His starship has crash-landed, and he's the sole survivor, which doesn't matter to him. Driven by greed and lust for power, wracked by thirst, hunger and pain, all he cares about is reaching the ancient city of Parva and making himself at home. Because there lies The Great Secret to universal domination—and what's a little suffering on the road to becoming God?


Does Fanner have a prayer? The writing's on the walls of Parva—and you won't believe what it says. . . .


By the spring of 1938, Hubbard's stature as a writer was well established. As author and critic Robert Silverberg puts it: he had become a "master of the art of narrative." Hubbard's editors urged him to apply his gift for succinct characterization, original plot, deft pacing and imaginative action to genres that were new, and essentially foreign, to him—science fiction and fantasy. The rest is SciFi history.


Also includes the Science Fiction adventures, The Space Can, in which a decrepit space battleship is a civilian fleet's only defense; The Beast, the tale of a hunter in the jungles of Venus, chasing an immoral beast; and The Slaver, in which an alien race has enslaved the human race, but can't repress the power of human love.


"Serves as a wonderful introduction to the breadth of Hubbard's output." —Comic Buyers Guide