The House Opposite A Mystery 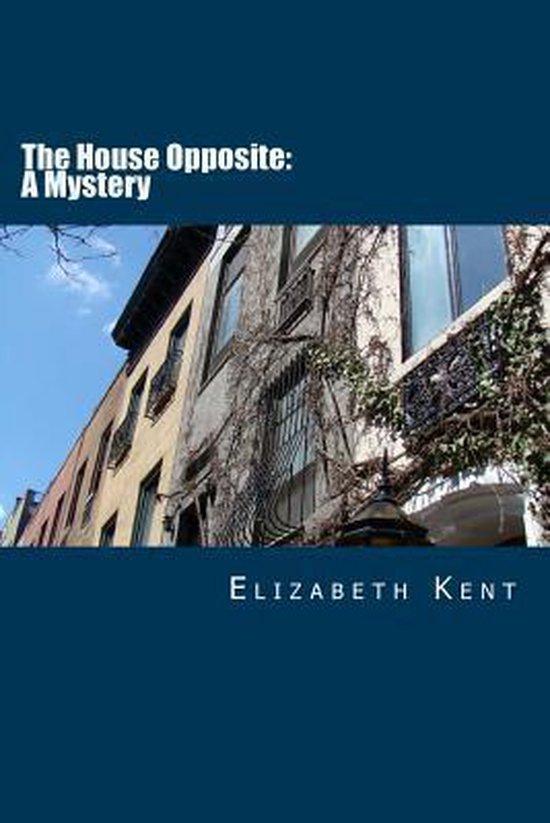 This premium-quality volume includes the complete text of Elizabeth Kent's little-known vintage mystery tale in a freshly edited and newly typeset edition. With a generous 6"x9" page size, this Summit Classic Press edition is printed on heavyweight bright white paper with a fully laminated cover featuring an original full color design. Prepared by human editors, this is NOT a machine-scanned or reproduction version.

Seeking relief from the scorching heat of the New York summer of 1899, Dr. Charles Fortescue climbed to the roof of his office building with a rug and his pipe, and spent the wee hours of the morning unexpectedly watching a series of strange events through the windows of the swanky Rosemere apartment house across the street. A woman's scream in the dark, a man half-carrying a fair-haired woman from a sitting-room, a man in another apartment crawling on hands and knees, a raven-haired woman sobbing in despair at another window, and a man slipping furtively from the building's back door and down the street.

Summoned to examine a body discovered in the Rosemere House the next morning, Dr. Fortescue is surprised to find that the man has been dead for at least twenty-four hours. Fortescue and New York's Detective Merritt are drawn into an investigation with no shortage of prospective suspects, but a distinct lack of evidence to work with, starting with the fact that the identity of the victim is as mysterious as the identity of the killer.

In this variation of the classic "locked room puzzle," the question isn't how the murder could have been committed in the locked room, the question is how a dead body found its way into a locked and vacant apartment during the night ... and where it was hidden for the day between the victim's death and the discovery of the body.

The answers to these questions will lead to the identity of the killer, and the rather unusual conclusion of this mystery.
Toon meer Toon minder